Evolution meant an overall development of humans. Nonetheless we have been long deviated from that path. We have grown sick of our kind. Oftentimes we denigrate fellow human for who they are.

It has became so rare that you may have to face an unpleasant and awkward moment or confrontation. Emotionally we have lagged behind in developing ourselves. An affable and cordial person who speaks politely is facing alienation for being a gentleman/woman. Not long ago, I witnessed this situation personally. These are more common in social media and Internet chatrooms. If you speaks graciously you'll be seldom looked upon as an eminent person. Why it happens? There is no concrete describable reason. Withal we can narrow it down to some extent. Many times it's how people perceive others and their past experiences dealing with impolite, boastful and deceitful person.

It highly unlikely that the person who is sending us messages or acting godly maybe a phony. I don't deny that there aren't such people but the thing is we use same set of arguments to determine everyone. Everyone is unique. Remember. Just because someone did something bad to you doesn't mean everyone is alike. Give it a try. Maybe you'll find a good friend, partner, acquaintance in that person.

Don't judge people without knowing them. It's always utilitarian to get to know them. 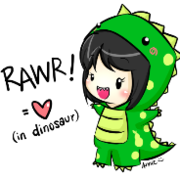