Sara and Dina are sisters. Sara is two years older than Dina. Their parents died when they were very young. They left a big house, an elegant car, and a huge amount of money in the bank for them.  They were wise at the beginning and they agreed to live in the house and sell that car and buy two for them. Sara thought that the car was part of their parents hereditary. They were supposed to keep it but later on she changed her mind for both of them to have a car for each of them.

If you grow plants, often you can propagate the plant with cuttings.  Tomatoes are a great example.

In the photo I have indicated in red where "suckers" exist.  These stems will not produce fruit on this plant but will take energy and nutrition that could go to produce more and larger fruits.  So they should be pruned (cut) from the plant.

If you want more of that plants of that kind of tomato, you can take that cutting and either place it in water or in soil and it will root.  Now you have anoth

Advertisements are an important part of our lives, but do we always understand them?

In this article, I want to discuss the most commonly used creative approach. We see it in advertisements and Art, and it originated in English-speaking countries.

Usually, people take a set phrase, which is well known to the wide public, or at least to the target audience, and change one word with another one.

An example could be substituting the title of the popular book Arabian Nights with Arabian Days. I did tha 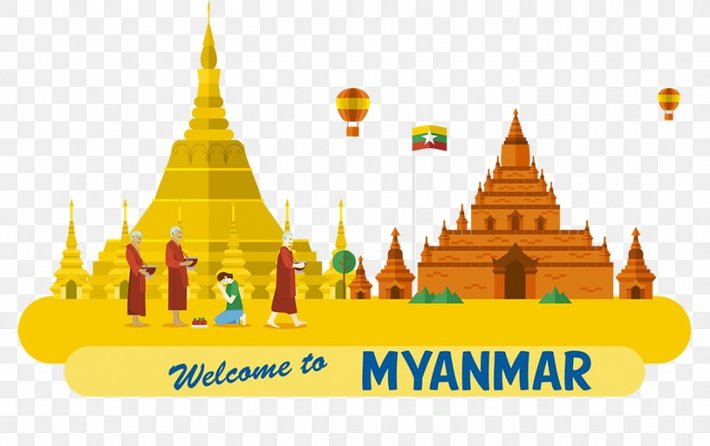 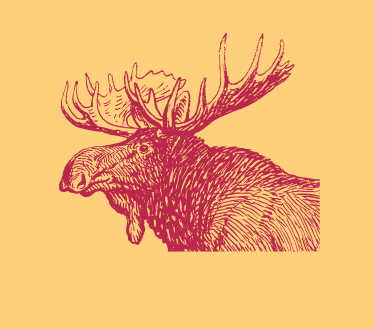 Fill your "Did you know...?" English repertoire.
Read more…

OH  NO ! SOME WORDS ARE MISSING HERE!

Bodies are made to move ! They are not designed for sitting around in front ..... .television or reading magazines. Keeping fit doesn't .........you have to be a super-athlete ,  and even a .........exercise can give you a lot of fun. When you're fit and healthy, you'll find you look better and feel better.

Hello EC people*! (yes, the *1 or 2 members that are still here around)

I've seen a bunch of nice movies lately, so I've been thinking that:

1) Since my movie taste is insanely good and  2) I'm super generous and I don't mind to share my film knowledge (once again, no need to thank me)

here is this blog post about some movie recommendations:

WHAT WE DO IN THE SHADOWS

Ok, let's start with a funny one. I'm not into movies about vampires, but this one is very different.
Vampires doing va

The idea that war is won by technology is a common mistake that has taken root in the US. Wars are not determined by how many casualties a side can inflict. Rather wars are determined by how many casualties a side can take and keep fighting. Although the Saudis have more high tech weapons than the Houthis, the Houthis have morale on their side. They are fighting to defend their homes and families. They cannot afford to back down. Saudi troops are far less motivated, and many of them are likely u

Ramadan flight announces the departure of its flight number 1443H. to Rayan door. Passengers on this flight are kindly requested to fasten their piety belts and refrain from anything that is illegal.

The duration of this flight is approximately twenty nine to thirty days. Eating and drinking are forbidden during the day time from sunrise until sunset. At sunset, you can eat and drink.

Still I wonder The factors for the research 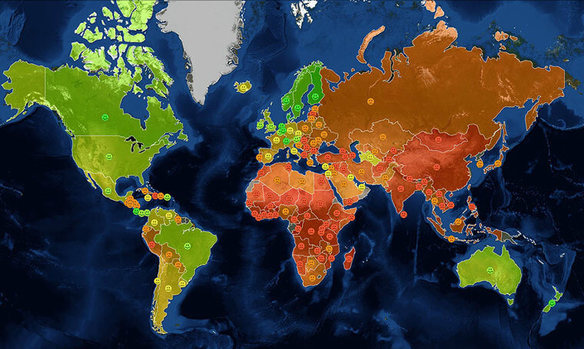 Where The Most Conventionally 'Attractive' Women Are Found By Country

According to... who??   You can share your opinion too.

My advice,  don't let it influence the way you look at people in your country. 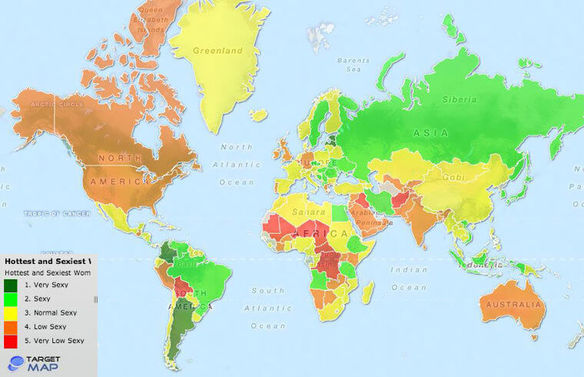 Analysis Of Bra Sizes Across The Globe 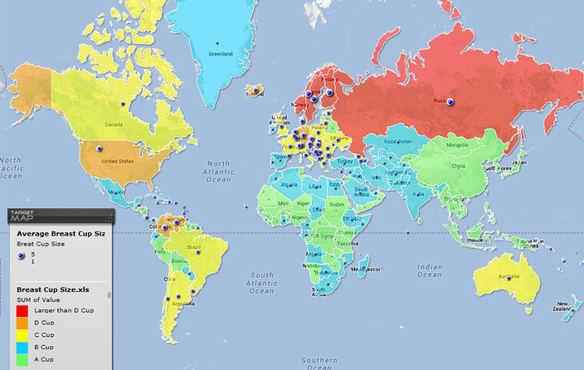 Most Popular Countries In The World For Traveler's To Visit

What's the one you'd love to visit? 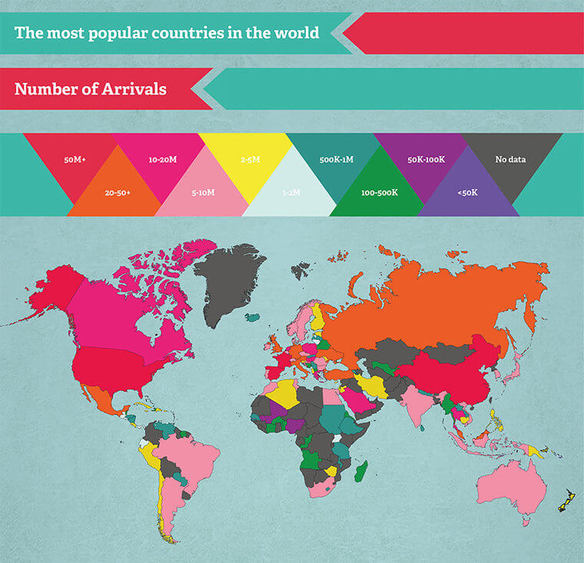 Olive trees originated in a number of Mediterranean countries such as  Italy and Greece around 5000 BC, but it was the Ancient Greeks who first cultivated them and pressed the oil in Crete. From there the oil was exported to mainland  Greece, the rest of the Mediterranean as well as Asia Minor and Northern Africa . The Romans then planted olive groves throughout the entire Mediterranean basin.

Olive oil was (and still is ) an important part of Greek culture and it has had many medicinal, magical,

We read a story in childhood that a fox tries to catch the grapes but the grapes are higher from its range. When it fails to catch it despite making so many efforts, it says the grapes are sour. Moral of the story we were taught that when people fail to achieve something they work for, they give one or other excuse.

After long life experience, we come to this point that when people fail to reach the other status or trap their prey, they create misperception  or start backbiting. My advice for s
Read more… 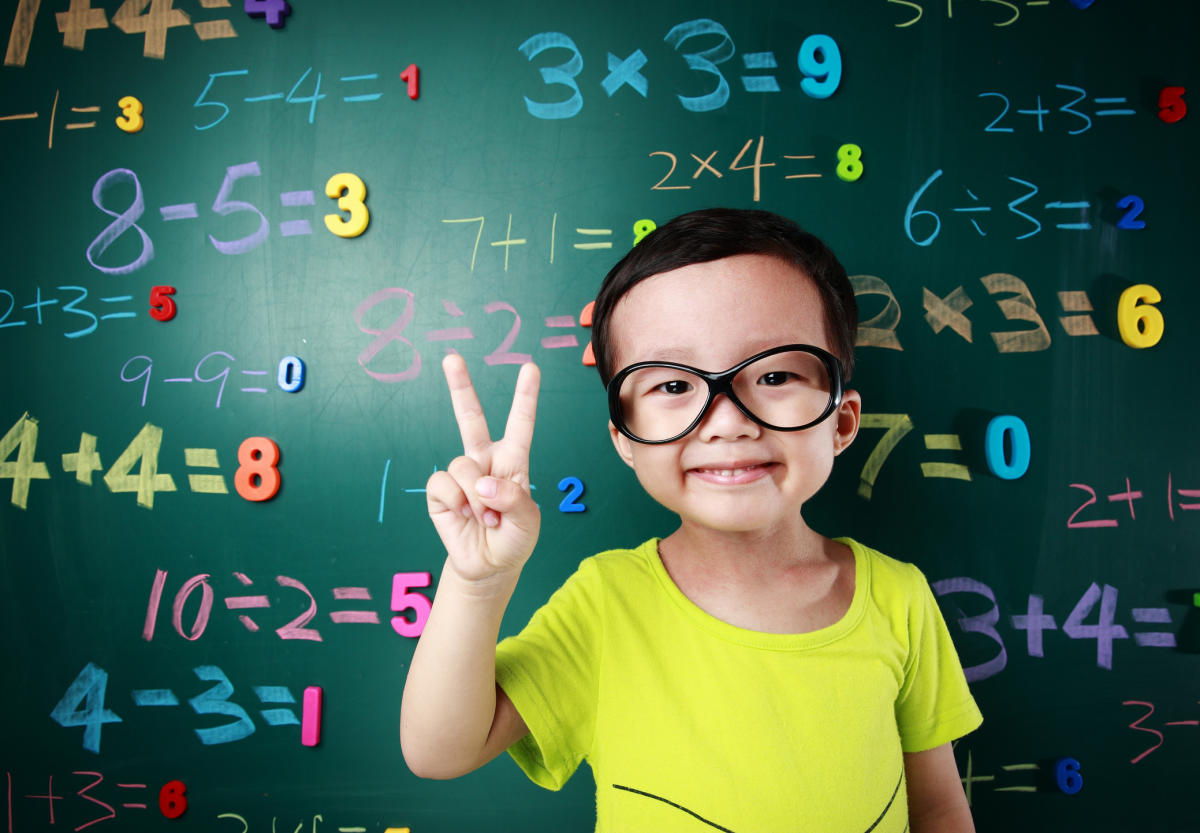 There's a lot to learn about math from a young age, but Math For Kids takes the learning to a different level. It teaches children to think and reason differently, and shows them the world beyond numbers. They'll enjoy the many games and brainteasers included in the book. There's no right or wrong way to learn, but there are some tips for success. These tips will help you make math fun for your child. 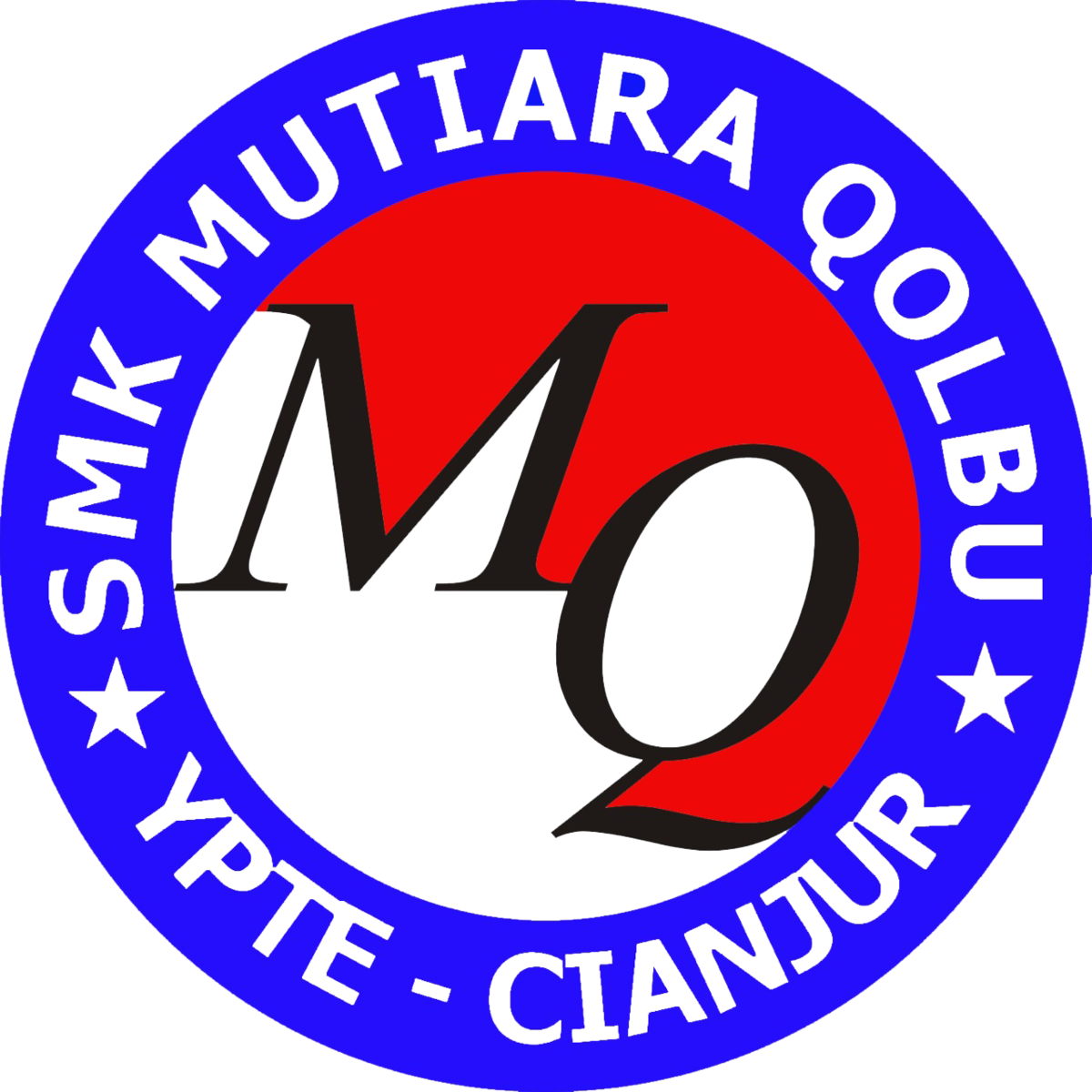 16th September 2014 was the unforgetable date for us, because it was the first journey to widen this World with education. I am so blessed to be the part of MQ family. Being an English teacher of MQ is an honorable moment for me. So, by this blog, let me explain you shortly about our school.

Three weeks have passed since the Russian army invaded Ukraine. It is said that Putin was going to occupy the capital of Ukraine, Kyiv, in two days, but the Ukraine army is stronger than he expected and the Russian soldiers are not as strong as he expected. Putin seems to be angry about this situation and seems to be becoming crueler. His decision is killing many people including Ukrainian citizens and children. The Russian army is destroying Ukrainian towns including hospitals and schools. 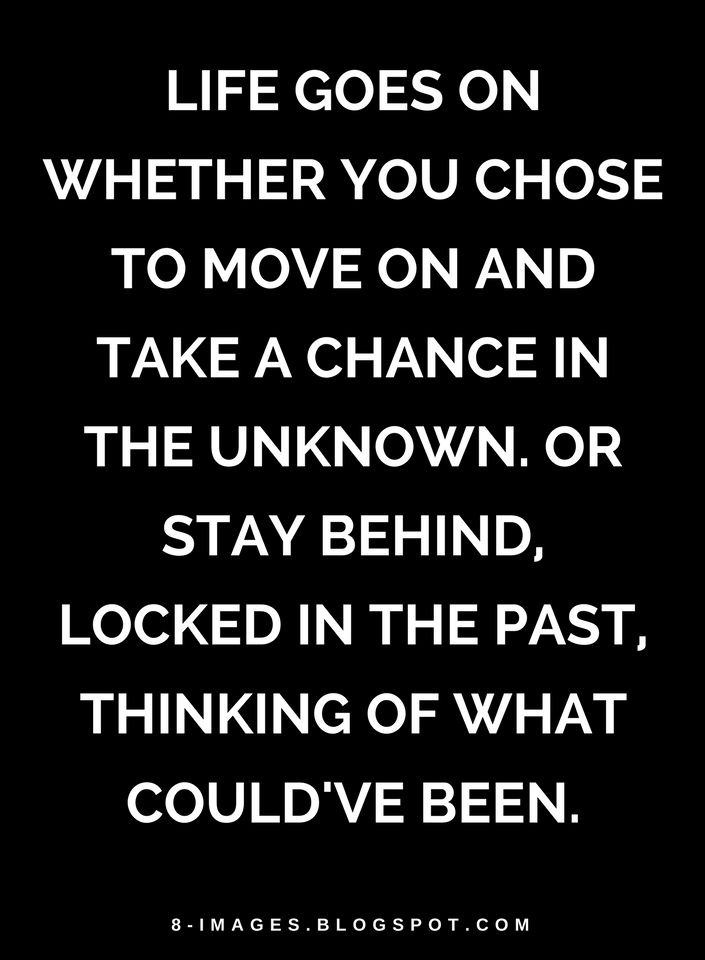 We all pass by some hard events during our journey which could have some strong impact on us. Some can move on easily from it and go on with their lives but others face big problems to do the same like they are stuck at that phase. Moving on is not easy due to the memories that keep coming back to hunt you and the mixed feelings that confuse your mind. You feel like you want to give yourself a new chance but you are afraid of the consequences, you don't want

English club has been a great platform to learn English. While learning English in MyEC, we meet many people from around the globe. Some become good friends, leaves good memories.

I really miss many of my old EC friends. Some left positive impact on our lives. Some gave life lessons.

Sometimes I think I wish I could go back to my old EC days where I can meet my friends, have good chat and feel relaxed. As the time passing by, new members came, new friendship and goes on.

I really wish to see Englis

Eight years ago, I learned a valuable lesson from my son, who saw magic in an umbrella. One charming day in spring, my husband bought a cute umbrella for our five-year-old son. Before Sonny could even use it, he was excited to have it. Immediately, he wanted to use his umbrella to protect himself from rain; however, the weather did not cooperate, and sunny days had already started. One sunny day, my son grabbed his lovely umbrella ventured outside. While we walked to his school, Son

Empathy is the ability to sense and identify the emotions of others. For example, empathy includes feeling the same excitement as a friend when they tell us they have recently been promoted to a new position. Or we are moved when we come across people in need and offer our assistance. However, not everyone possesses the same level of empathy. Those who have a high level of empathy are inclined to understand how others are feeling and respond appropriately to a situation. Those who lack empathy,

The only notion that terrified me a lot as a child and a teen was being lonely.Deep inside I was that type of talkative and outgoing girl, full of life and energy.However, I wasnt accepted among my classmate . No one liked me or even approched me. I was as thin as a rake with lots of curls. I didnt know how to do my hair or how to wear clothes. I had no elder sister to help me because I was the eldest,and it was a dilemma for me. And I have attributed all my horrible emotions o