Imagine you walking in the street in summer heat and suddenly a group of children or teenagers come up to you running and pour pails of water over you... You are astonished, confused and do not know what to do if you are in Germany, France, Russia or elsewhere. But if you are in Armenia, the only thing to do is just smile and laugh from the heart... because it's VARDAVAR!!!

Armenian Summer Festivity Vardavar is the most favourite and most joyful event - ancient tradition of water splashing. Typically celebrated around 14 weeks after Easter, Vardavar’s origins can be traced to pagan times.  It has long history connected to pagan Goddess Astghik, the Goddess of Water, Beauty, Love and Fertility. According to the legend she spread love on earth, walking over roses that turned red from her blood. As a goddess of fertility she was also associated with water. The festivities associated with this religious observance of Astghik were named “Vardavar” because of the fact that Armenians offered her roses as a celebration (“vard” means “rose” in Armenian). 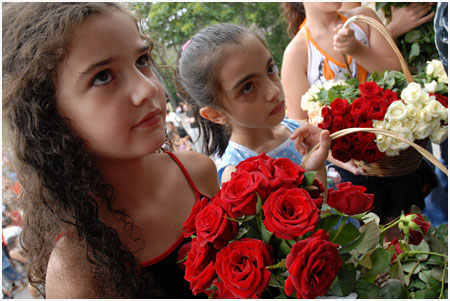 Also, they released doves and sprinkled water on each other. Vardavar was celebrated during harvest time. It was an expression of gratitude in return for the goodness of the harvest. The prayers directed to her asked for water for the benefit of fields and fruit orchards and vineyards for the harvest. Animals were also sacrificed.

Vardavar festivities are children’s most expected and favorite summer activity. Starting early morning till late night everyone play, splashing water on each other. Even submissive and quiet brides would throw water on their mothers-in-law! Nobody is offended or angered by this.

In the country-side areas men like to collect wheat in the fields and take to the church for blessing. 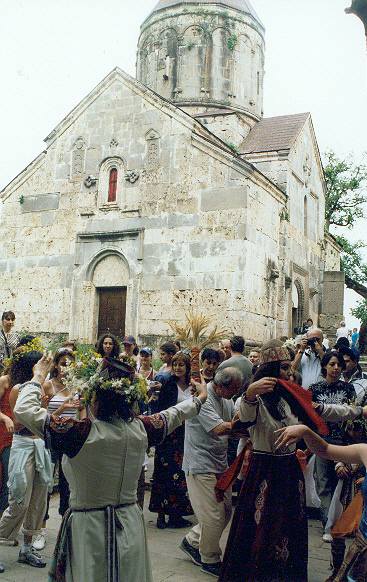 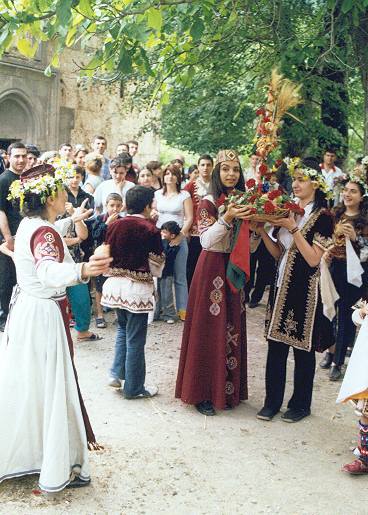 Women assemble multi-colored bouquets of flowers and throw them to the gardens and yards of their relatives and neighbors. Dances and songs, jokes and plays are part of the Summer Festivity Vardavar.

The festival is very popular among children as it is one day where they can get away with pulling pranks. It is also a means of refreshment on the usually hot and dry summer days of July. 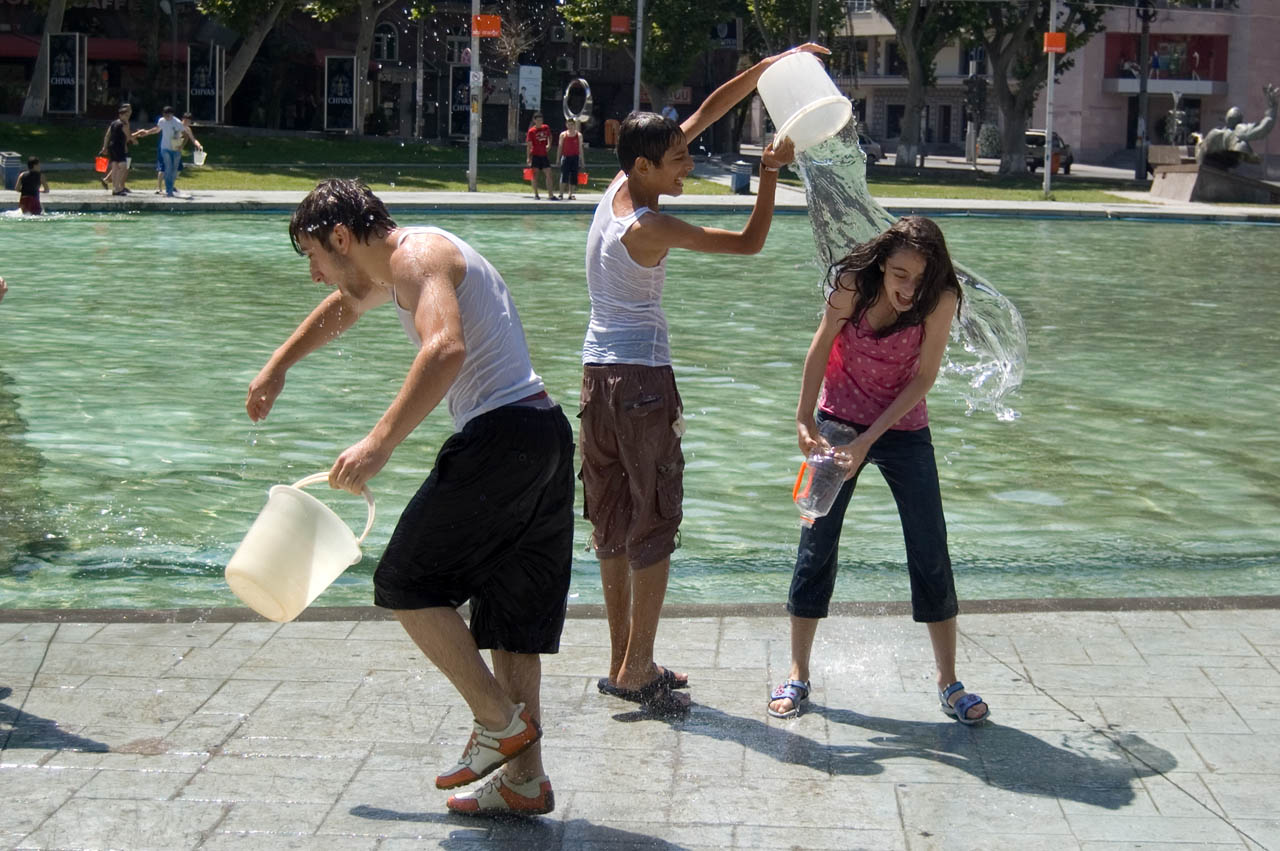 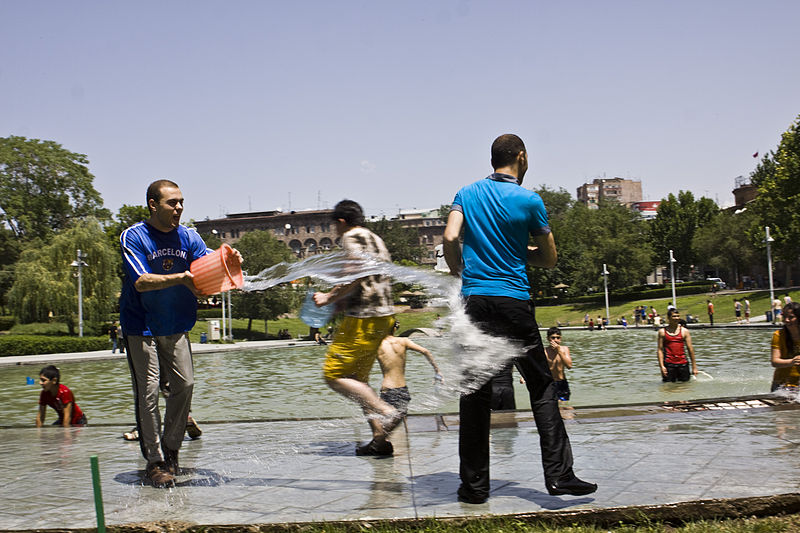