A SAD STORY BUT TRUE!

A young girl went to the clinic for some checkups. Once at the office, she was injected by the doctor and all at once she fell asleep, and then he raped her.

At that day, the young girl went back home.

Few weeks passed, she didn’t see her menses. Being afraid, she went to the same doctor the following day and told him about it. When he diagnosed her, nothing signaled.

After two weeks, still she didn’t see her menses, she also went to the doctor, but this second time, the results showed that she was pregnant.

She couldn’t have any option than abortion.

For the first time, the doctor didn’t approve the idea, but finally he agreed after she said that she couldn’t tell her parents because she might be rejected by her own family.

When she woke up, she also noticed that he had raped her but he never acknowledged it. He then said that there was a cyst in her stomach and she might be operated to take it out.

I tell you the young girl had been operated five times and what is the worst in all this, in spite of these operations, there isn’t any cyst found in her stomach.

The questions are: Will she stay alive after all this? Will she have a baby whenever she has the chance to get married? How will she be seen by the society?

Our daughters, mothers, sisters and wives are precious.

Let’s respect and protect them, because, in an insane society like this, they are in danger. 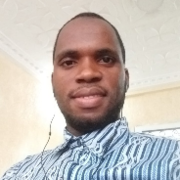