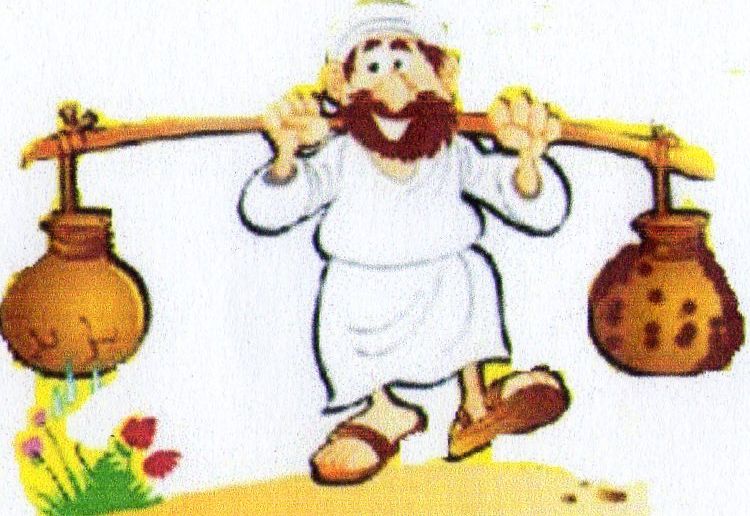 An Indian legend tells of a man who carried water to his village every day, in two large jars tied to the ends of a wooden pole, which he balanced on his back.One of the jars was older than the other, and had some small cracks; every time the man covered the distance to his house, half of the water was lost.For two years, the man made the same journey. The younger jar was always very proud of its performance, safe in the knowledge that it was up to the mission it had been made for, while the other jar was mortified with shame at only fulfilling half of its allotted task, even though it knew that those cracks were the result of many years hard work.It was so ashamed that one day, while the man got ready to fetch water from the well, it decided to speak to him:– I want to apologize, but because of the many years of service, you are only able to deliver half of my load, and quench half of the thirst which awaits you at your home.The man smiled, and said:– When we return, observe carefully the path.And so it did. And the jar noticed that, on its side, many flowers and plants grew.– See how nature is more lovely on your side? – commented the man. – I always knew you were cracked, and decided to make use of this fact. I planted flowers and vegetables, and you have always watered them. I have picked many roses to decorate my house with, I have fed my children with lettuce, cabbage and onions. If you were not as you are, how could I have done that?“All of us, at some point, grow old and start to acquire other qualities. We can always make the most of each one of these new qualities and obtain a good result.”/Source:Facebook,blog of Paolo Coelho-http://paulocoelhoblog.com/2009/12/11/the-cracked-jar-2/