1
This group is created for everybody! In goal so that we will learn English by a joke, then we will laugh and smile at the same time. You are very welcome to our group that makes us have big happy time in here!
303 Members
Dear all friends :
First of all , I’d like to explain why I created this group . In my mind, we should learn English that’s our second language from something that make us smile and laugh and love to learn the English a little bit more and more everyday.
The thing is jokes ; for example ,
Which month has 28 days?
-All of them!

There are 5 birds in a tree. A hunter shoots 2 of them dead. How many birds are left?
- 2 birds. The other 3 fly away
More Jokes ,click me out

The second place, everybody should use the words that be neutral , polite and respect other people that we should have .Don’t allow using lean words to look down upon people in here, please realize about it .

Well, all members of group can create some jokes for sharing and learning them to our happy imagination together.You can share what you want by put that to the comment in our group or click “Discussion Forum”, you can do both of the ways. I feel thankful all friends who share it to us . It’s very kind of you. Please remember the goal of our group “we learn English by the joke then we will smile and laugh at the same time.” So it means don’t cry or make moody in this place, please smile and laugh dear friends ….

Finally, hope you will share your entertainments for us here!

of 12 Next
This reply was deleted.
E-mail me when people leave their comments –
Follow

What do You think About my reaction?

My wife and I were having a serious quarrel.When I said to her pack your things. at that point her phone rang.So I stopped, she received The call, It was her dad The phone was on Speaker. so I could hear he was Saying. After the usual pleasanter between father and daughter. He said to the daughter I have transferred 1000,000$ into your account give your husband. 500,000$, out of it, and you can have the Other half, After goodbye, the call ended. and she turned to me, You said I should pack my… 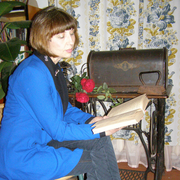 I Want To Go To Paris

-I want to go to Paris again.- Again? So you have been there, haven't you?- No. I have already wanted.

THE PARROT AND THE MAGICIAN

THE PARROT AND THE MAGICIANA magician was working on a cruise ship in the Caribbean. The audience would be different each week, so the magician allowed himself to do the same tricks over and over again.There was only one problem: the captain's parrot saw the shows each week and began to understand how the magician did every trick. Once he understood he started shouting in the middle of the show,"Look, it's not the same hat.""Look, he is hiding the flowers under the table.""Hey, why are all the…

different between single and married person

If you Want to change The World Do it While You Are Single. Once You Are Married You Can't Even Chance The TV channels, isn't it?