I really got a kick out of reading this story that I've just collected from the internet. Here is  THE SOURCE I'd like to share with you all and let's learn together in having fun :)

HOW TO PLAY THE GAME?

Because the story was written in so many idioms and it seems to be difficult for us to understand the content if we didn't know all those idioms in it. So, each of us has to find out one by one and beside, giving the meaning and the sample sentence for that idiom we just find.

I'd like to put a bug in your ear about something that just has me rolling in the aisles. It's been a month of Sundays since I heard it through the grapevine but if I don't dish the dirt on this soon I'll be beside myself.

One day when it was raining cats and dogs, my best bud stuck her foot in her mouth and spilled the beans about her main squeeze. She's always had loose lips but this time she really talked my arm off about her sugar daddy.

It seems he'd had his nose to the grindstone for months till he finally popped a cork and went on the lam from work. He hot-footed it to the local watering hole and really tied one on. In two shakes of a lamb's tail he wound up three sheets to the wind. I mean drunk as a skunk.

The next thing you know, someone ticked him off and like a bull in a china shop he wiped the floor with the guy - totally cleaned his clock. Of course, he didn't know the guy from a hole in the wall, but it turns out the guy was born with a silver spoon in his mouth and is all but_ joined at the hip with the son of Sugar Daddy's boss.

Are you getting the big picture here?

At this point in time, I'm about to blow off- the whole shootin' match cause I just can't quite get my arms around this- walk in the park. But my girlfriend is becoming a real basket case over the whole can of worms. So even though it sounds all out of whack, I let her rattle on bending my ear with this cock and bull story.

Well, to make a long story short, Sugar Daddy finds his heart in his mouth when he sees what a pickle he's in. So he grabs his cell phone and calls his flavor of the month (my friend) and starts crying in his beer about how he's going to be toast if she doesn't hustle her bustle over there and help him put some lipstick on the pig before the police throw him in the pokey.

Now, I have to admit, she's a little wet behind the ears, otherwise she would have known that he was feeding her a line. But no, she swallows it hook, line and sinker. She throws caution to the wind and lays rubber all the way across town to rescue a drunk who's dumber than a stump.

When she walked in the bar, the victim was still out cold and she actually thought he had kicked the bucket - you know, bought the farm. But she got him on his feet and paid through the nose for a cab to take him home. Then she and Sugar Daddy took a powder before the cavalry arrived.

But here's the icing on the cake. The next day, Sugar Daddy hands my friend the green weenie! That's right. He says he needs some space, wants to consider his options, and thinks they should cool it.

Well, I tried to soft peddle it for my friend's sake, but she really kissed the pooch on this one. I should have just put my cards on the table and told her that's what happens when you wear your heart on your sleeve. So put that in your pipe and smoke it!

After finding out all the idioms of a sentence.

That's really a good way for us to learn how to use English in the best way. Don't you think so?

I'd like to thanks Teacher Anele for her brilliant suggestion for us to be effective in learning. 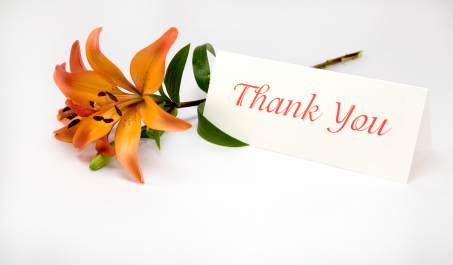 The Simple Version of The Story above

I wish our dear EC Teachers could come here and correct our mistakes in those translations. I'd appreciate that. Thanks you so much in advance!

1) I would like to tell you a story about something that just makes me burst out laughing. 2) It's been a long time ago since I heard it from someone of my old friends but I can't help telling this someone. (Translated by Marik)

5) Seemingly he had worked hard continuously until he felt really stressed and stopped working. (Translated by Ha Nguyen). 6) He straight away went to the local bar and got drunk.  (Translated by Marik). 7) Then, just after a very short time, he got staggering drunk. I mean be very drunk (Translated by Scarlett)

8) The next thing you know, someone made him angry and he clumsy knocked around the guy - totally beat him up. (Translated by Marik). 9) Of course, he didn't know the guy from a small restaurant, but it turns out the guy was from rich family and is almost in close contact with the son of Sugar Daddy's boss. (Translated by Marik)

10) Are you getting the whole story here? (Translated by Marik)

11) Now I'm going to ignore everything because I don't confidently understand this easy matter.  (Translated by Ha Nguyen). 12) But my girlfriend is becoming a complete mess over the whole set of troubles. (Translated by Marik). 13) So even though it doesn't make sense at all, still I let her torture my ears talking about it (Translated by Scarlett).

14) Well, the gist of story is that Sugar Daddy was extremely nervous when he saw what trouble he is in  (Translated by Marik). 15) So he grabs his cell phone and calls his newest darling (my friend) and starts to tell her about his regret and what trouble he's going to have if she doesn't hurry up over there and help him to correct the situation before the police throw him in the jail  (Translated by Marik).

18) She carelessly rush all the way across town to rescue a drunk who hardly can speak  (Translated by Marik). 19) When she walked in the bar, the victim was still unconscious and she actually thought he passed away - you know, died  (Translated by Scarlett).

of 9 Next
This reply was deleted.