0
if you need help with your homework or would like to help others with their homework then this is the place for you to be :)
39 Members 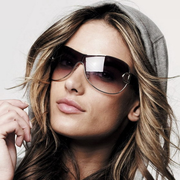 hi all amazing Teacher here in EC pleas help me

hi all amazing Teacher here in EC pleas help meLook at the underlined nouns. Are they countable or uncountable??There was a car behind us. countable?I never eat meat. uncountableDo you play golf ? uncountableI had to wait ten "minute"s. countableJust tell me one" thing".countable"Love" makes the world go round.uncountableGood "luck" in your new job.uncountablePower stations produce "energy".uncountableI'm taking a "photo".countableWould you like an…

I have some trouble with error correction. Can you guys correct these sentences?1. After the train had let out, the Mitchells continued their hike up the mountain.2. Isabella danced in her bare feet and wore loose-fitting clothing garments that allowed her freedom of movement.Thanx a lot!