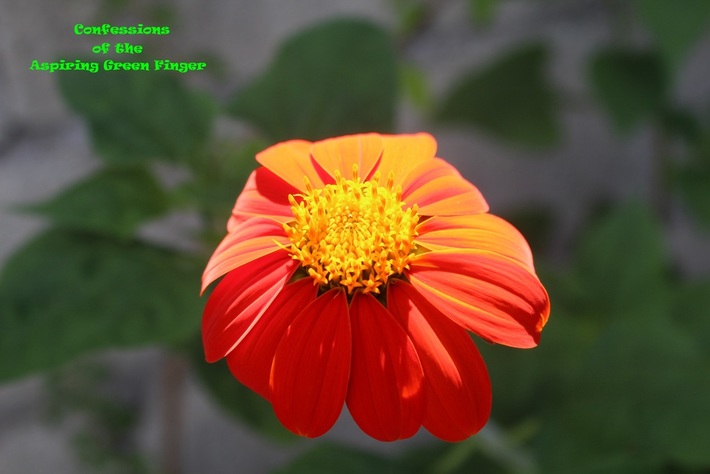 One of the most prolific annual plants to attract pollinators in the garden is the Tithonia rotundifolia or commonly known as the Mexican sunflower. I wonder if it’s really came from Mexico, though. It has striking red and orange foliage about 8cm which look like daisies. Its main tiny flowers are either yellow or light orange. The plant can be used as borders and can be paired with other herbaceous plants. 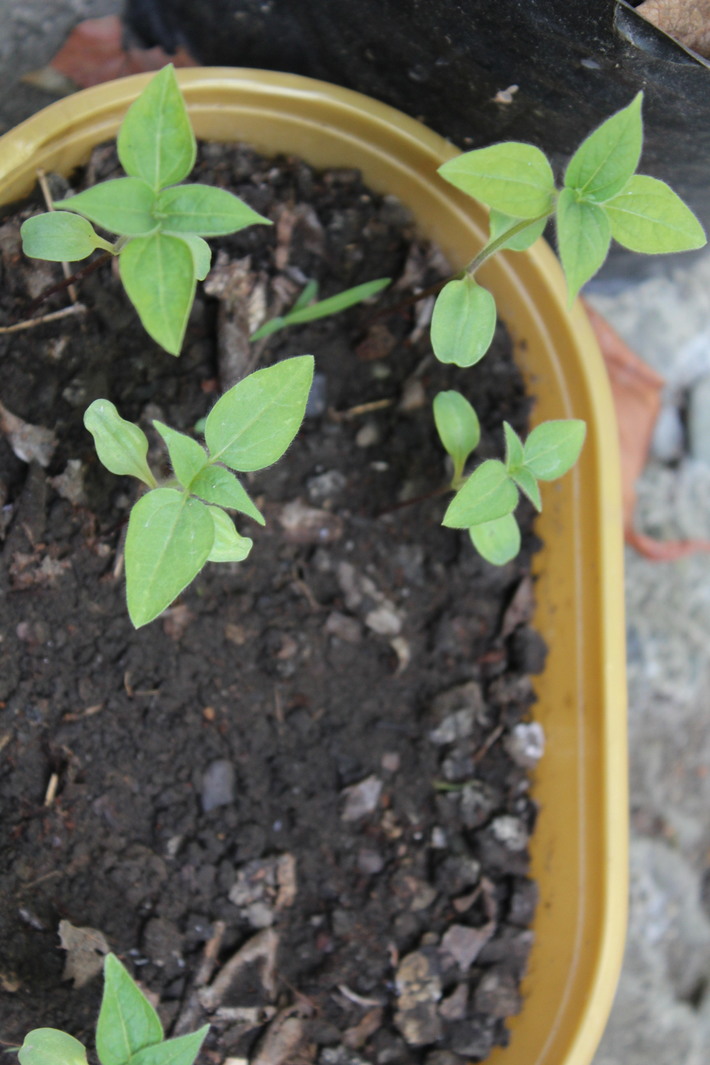 Last February, I seeded some of them in a container. Others didn’t germinate but it’s OK. The following month, I transferred at least three plants on the ground where they received full sun. I noticed they grew so fast. As per packet instruction, they aren’t suitable in a container because they can reach up to 5 feet unless of course if you have a very large and deep pots. True enough, they did grow tall while on the ground. They do not like too much moisture in the soil just like the Helianthus.

Pests came along before they even start producing buds. Common pests are whiteflies and this one that I didn’t know yet. It’s caught red handed devouring the leaves. Its kin kept coming back even though I 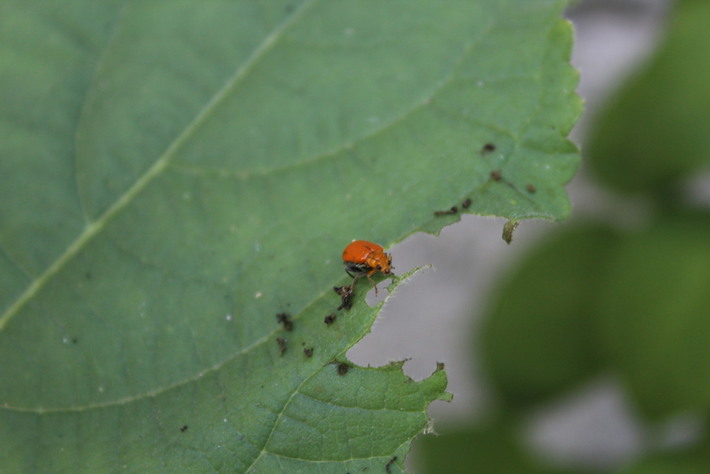 squashed some of them with my fingers ha ha. Yes, silly me! I regularly checked for pests and feed them with balanced fertilizer. Fortunately, these Tithonias are a champ. They managed to produce lots of buds last June even if pests were around. The much awaited blooms finally appeared in the following weeks and I couldn’t describe my excitement.

Visitors drooled on the flowers as if they were in an end game. It’s priceless to see the butterflies and bees roaming around in the middle of day. I remembered how diligent they were in order to satisfy their hunger. They’re singing like ‘Hallelujah, the food has been served’! Moreover, I was so glad to see one of my fave butterflies - the swallowtail which I caught on camera.

Meanwhile, they already reached their maturity and the rest of the blooms are becoming smaller. How I wish they would last a little longer, for a few more months! I started collecting some dried flowers so I could have fresh seeds. Maybe it’s in the right timing, it’s been raining for days now and I bet they don’t like it. I learned that they aren’t frost tolerant. Nevertheless, the Tithonias are a must in every garden and I can’t wait to see them again in the next summer. They definitely deserved my two thumps up!

I confess growing flowering plants is challenging and quite addictive. It’s truly rewarding to see the fruit of your labor. Even there’s failure, there’s another day and opportunity to start planting again. There’s something to look forward to. The difference is to whether give up easily and let frustrations ruin your momentum. So bear in mind that whatever happens and if things end up poorly no matter how much effort you put in, just calm down and enjoy the rest of the flowers while they last…

What flowering plants you like to grow in your garden? Kindly share them below! Thank you for reading my blog. Wishing you a fantastic blooming season!