Reuters:Brotherhood head, 682 others tried in Egypt after mass death sentence

On 28th April 2014, Al-Minya  court  has sentenced to death 37 defendants, life term imprisonment to 492 and referred 683 sentences to the Grand Mufti "including Muslim brotherhood's public guide Mohamed Badie".
They were charged of inciting to kill, attacking police stations and burning them down, stealing weapons from police stations, setting prisoners free, slaughtering police officers and spreading terror.

Death and life imprisonment sentences have received wide criticism and denouncement around the world and that lead us to ask about the crime they committed and the details of the verdict.

Are they really mass death sentences?

1-According to the Egyptian law the absent defendants receive the maximum penalty until they get arrested and their trial starts all over again. “The penalty they receive is not the final penalty and they will have a retrial when they get arrested”

-From the 37 death sentences only 7 attended the trial and the rest were absent, so only 7 defendants will be sentenced to death.

-From the 492 defendants around 84 attended the trial while the rest were absent.

-From the 683 death sentences that are referred to the Grand Mufti around 160 defendants attended the trial.

-The Grand Mufti’s opinion is not mandatory and the verdict will be revised by the jury again.

-Only 7 defendants were sentenced to death and around 84 to life imprisonment.

2- These death and life imprisonment sentences are still preliminary sentences and can be appealed. “which has already done by the public prosecutor”

The above means that the trial still going on and the verdict might get strengthened or reduced.

What were the crimes they committed?

That will take us back to “Rabaa” and “El-Nahda” sit-ins. The two sit-ins that the ousted president Morsy’s supporters and brotherhood members had gathered in for about 48 days. From the two sit-ins stages brotherhood leaders incited to kill Egyptians and attacked the Egyptian army on the borders. They admitted that when one of  the brotherhood leaders threatened that the attacks on the borders will stop once Morsy is back to power.

Furthermore, they declared the formation of a war council in Sinai to kill and assassinate the Egyptian army troops. They declared “Rabaa” as an independent republic and assigned three of the brotherhood leaders as the president, prime minister and defense minister.

They detained police officers, news reporters and common people. They tortured them, killed and buried some of them. The two sit-ins were armed with guns and lethal weapons and were used during the sit-ins and the clearing of the sit-ins.

After clearing the sit-ins Mosry’s supporters tried to spread terror by burning police stations all over Egypt, as well as churches and any important buildings.

Egyptians defended many of these police stations side by side to police forces while some others were destroyed and burned down by Morsy’s supporters.

Back again to the above defendants’ crimes.

The 529 defendants (37 death sentences and 492 life imprisonments) were accused of attacking Matay police station and burning it down, and plundering and stealing its guns and weapons.

They slaughtered the deputy police of the Matay police station, Colonel “Mostafa El-Attar”. Before his death, they tracked him to the hospital to torture him.

The 683 sentences that are referred to the Grand Mufti, were accused of attacking the police station, and burning it down, plundering, stealing weapons from police station and killing police officers.

And when crimes are done systematically on a wide scale against the whole community to cause chaos and spread terror … it is terrorism. 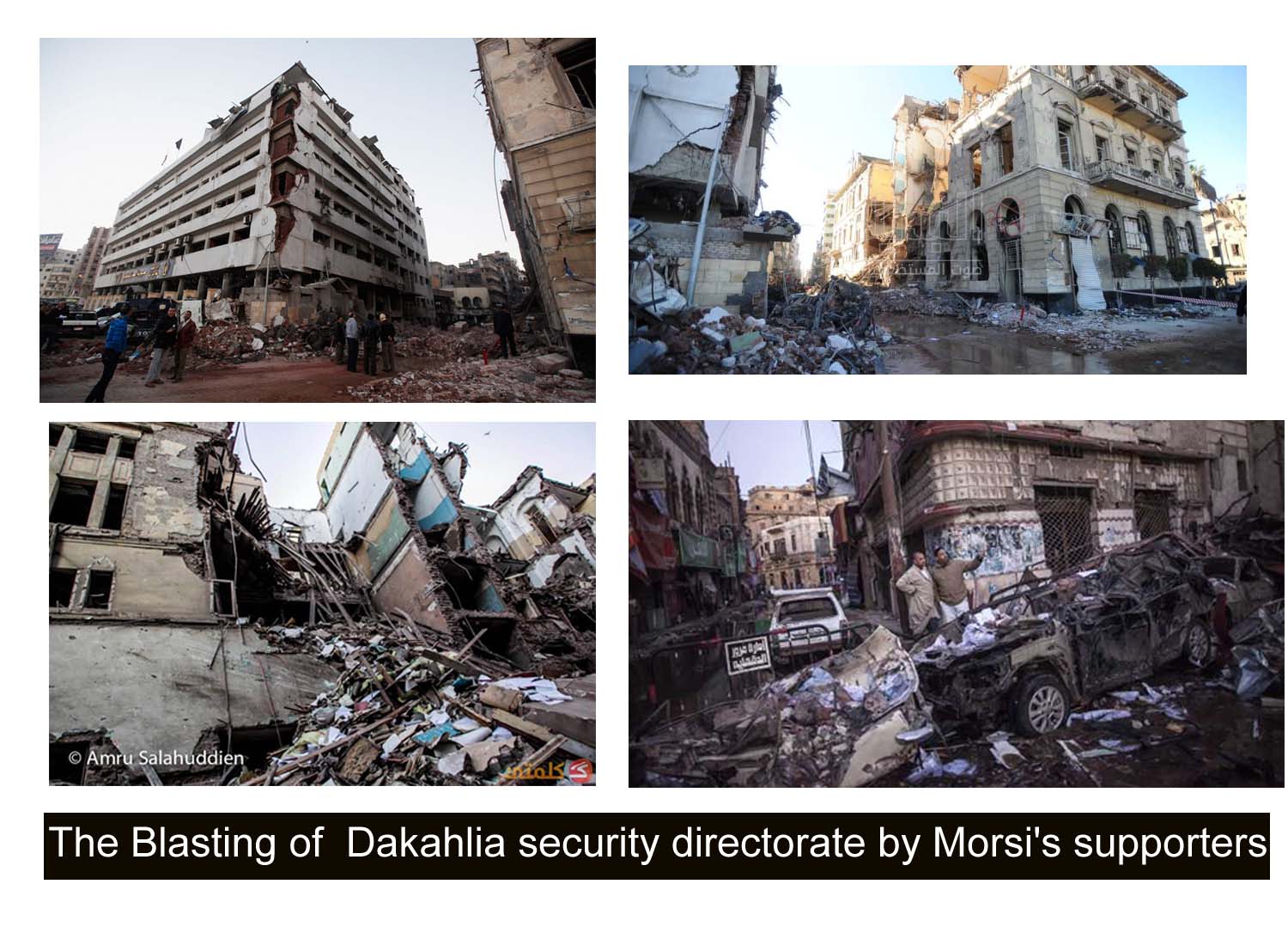 It is great to defend human rights, but it is strange to defend criminals, and it is a crime to defend and support terrorists.

And we will be victorious … There are no other choices.

And tomorrow will be far better than today.

special thanks to Anele