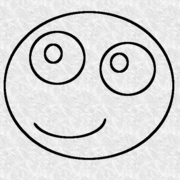 "Thank you, Hardi. I'll post messages here as long as I can.
My daughter is 7 years old now. And I…"

"Hi hardi, Thanks for your reply. I still have and use a while dustpan. :D
I'm glad you like the…" "Hi, Hardi.
Thanks for a beautiful photo and the place you live in looks very cold.My place is also…"

"Hi Hardi,
I have never drove tractors before.So the video gave me a brave.  :-)"

"Hi Hardi.
I don't know much about tractors, so I don't know Iseki is famous or not but my father…"

"Hi Hardi,
Thank you for giving me a comment and I'm sorry for slow response.
I didn't have the time…"

"Hi Hardi,
I know about Linux a little. My friend know it very well.
So He helped me when I…"
More…
Loading ...