To-day I would to say that i have NOT seen any hyper-active people who threw there comments or any feed back.So, i am willing to hear you about these techniques SOONER OR LATER.

I have brought the following word, it well known at the world of retail. When i go to the mall or even to the supermarket and i get something to buy it. i keep in the trolley till i reach the cash counter and put them on the cash... then what shall the cashier do? he is certainly going to shot it -not killing- but scan it by the bar code reader. it is caught by the cashier. to scan the lines n that product. what is that magic?! its the Bar-code.

Have you seen the products of for example feta cheese or Doritos chips bar coded by thirteen digits of numbers? when you reach the cash counter. you the imprinted bar code will be scanned by the gun to be process for the cash .

Lets put it in this way, Bar and code.

Bar= Small rounded Lines of something. its black lines and it creates one united shape. it will be useless these lines unless you code them on the system:

Note: there are too many meaning for the word bar: its a pub, its a unit and other meanings.

Code= its a simple mechanism of processed numbers. its merged to create such a encryption. its written on the bottom of these undefined bars(lines) 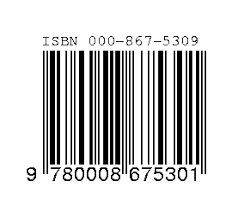 the combination of code and the bar(lines) will generate the unite to e sold at the cash counter.