1
0
I have got two cats and a puppy. Let me introduce my dog first. It's a Yorkshire terrier that will become a small dog.The puppy has got a fine, silky coat. In comparison with many other breeds, Yorkies do not shed their coats to the same degree, so they are hipoallergenic.Here she is: 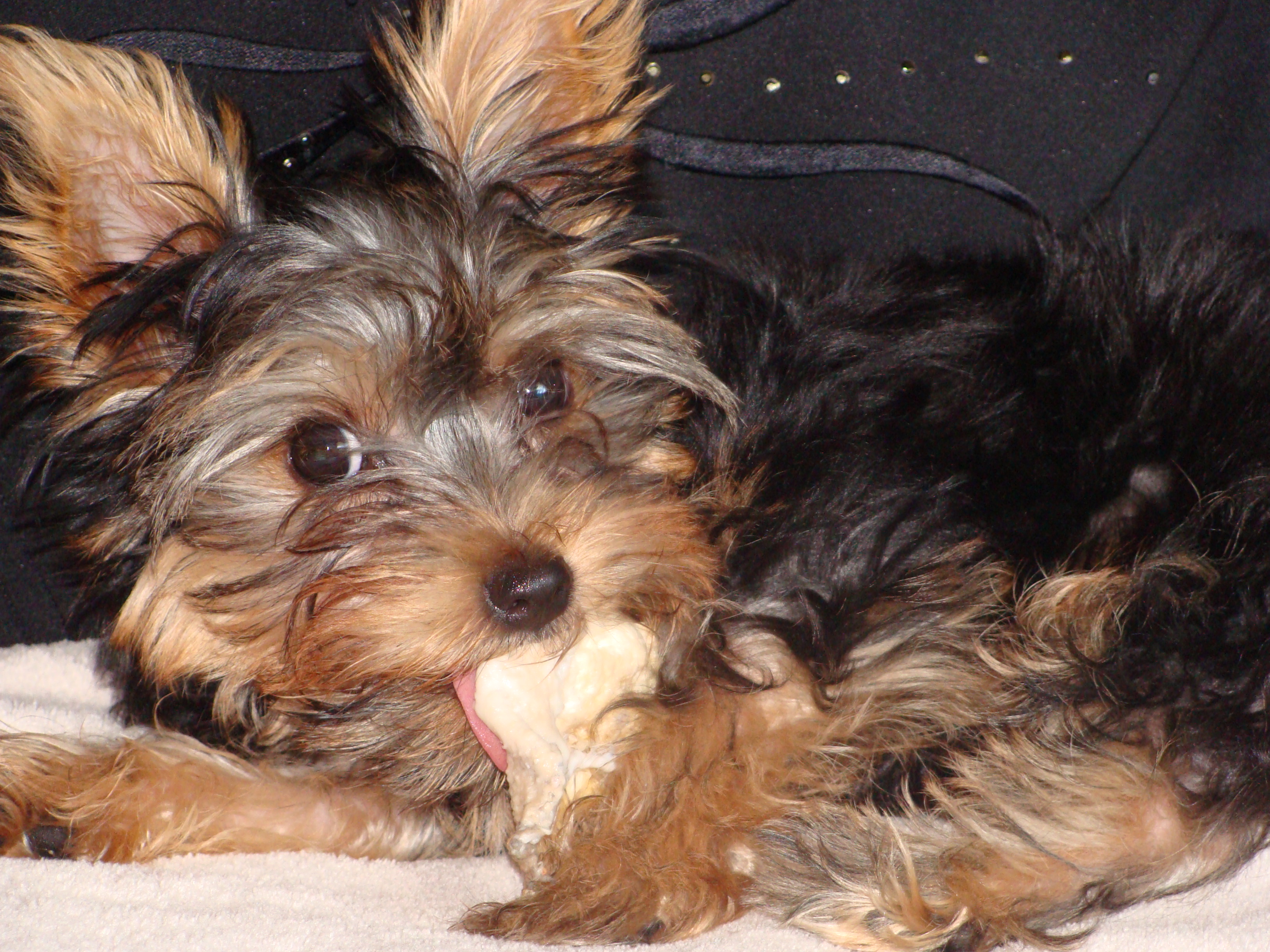 At this photo Vivi is about six months. She is gnawing a kind of artificial bone.My pet was bought in Poland. Why in Poland? The answer is simple and maybe unexpected - because in this country different things, food, pets and all that stuff cost cheaper than those ones in Russia!Vivi is incredible friendly and lively! She never walks, but always runs as if she is preparing for dog race! Her favourite game is hide-and-seek. In her opinion, all the creatures are her close friends!