This is probably the most popular dish prepared in Azerbaijan in summer. When vegetables and fruits are in abundance, Azerbaijani women like to stuff them:) They stuff eggplants, peppers, tomatoes, potatoes, onions, quince and even apples! The general name for all the stuffed yummies is Dolma, which means stuffed in Azeri. Dolma of eggplants, peppers and tomatoes is everybody’s favorite and I don’t know anyone in Azerbaijan who doesn’t like it!

Usually the three vegetables are cooked at the same time in the same pan. The stuffing is delicious on its own and I’ll admit I usually make extra and secretly eat it with a chunk of fresh bread and let the rest stuff the vegetables:) In my family we sometimes add split peas to the filling and I like it a lot, but it is only a matter of taste and is therefore optional. Also, eggplant shells are prepared in various ways before they are stuffed. Some blanch them in boiling water, some fry, some make a slit alongside the vegetable, some simply cut off the hat, scoop out the flesh and fill up the cavity with the stuffing.

Eggplants: There are two ways to prepare the eggplant shells. Choose one you like better.

Method 1: This is the easier method and takes less time than the second. Cut off the stalk end of the eggplants. Make a lengthways slit in each taking care not to cut right through. Fill a pan with water and bring to a boil. Gently drop the eggplants into the boiling water, and simmer for about 2 minutes, using a slotted spoon to keep them submerged. Remove and set aside. When cool enough to handle, remove the seeds from the eggplants with a spoon or by rubbing the eggplants gently between the palms of your hands to let the seeds fall out. Set aside.

Method 2: My favorite method, although requires more time and effort to prepare. Here instead of blanching the eggplants fry them before stuffing. Using a vegetable peeler or knife, remove about 3-4 lengthwise strips of skin from the eggplant to create a striped effect. Make a lengthways slit in each eggplant taking care not to cut too deep through. Soak the eggplants in a large bowl full of cold water with 2 tablespoons salt for 20 minutes to remove any bitterness. Drain, and gently pat dry. Fry the eggplants in 4 tablespoons oil or butter (add more if necessary) on all sides for about 10 minutes, or until evenly brown. Remove, drain on a paper-towel lined plate.

Peppers: Start cutting tops off the green peppers about 1/2 inches (4 cm) from the stems and stop when you obtain lids attached to the peppers. Remove the seeds and ribs and set aside.

Tomatoes: Remove the stems. Start cutting tops off the tomatoes about 1/2 inches (4 cm) from the stems and stop when you obtain lids attached to the tomatoes. Scoop out the pulp, finely chop it and reserve for the stuffing*.

2. Make the stuffing. In a frying pan, heat the oil over medium heat. Add the ground meat and cook until the released liquid has evaporated and the meat has nicely browned. Add the onions and cook for 5-10 more minutes, stirring occasionally. Add the chopped pepper and tomato pulp and cook for another 5 minutes. Remove the pan from heat. Add the fresh herbs, and if using, cooked yellow split peas. Season with salt and pepper to taste, and mix well.

3. Sprinkle inside of the shells with some salt and black pepper and fill them with the stuffing. Cover the top of the peppers and tomatoes with their lids. Place the vegetables side by site in a deep frying pan. Pour 2 tablespoons vegetable oil or clarified over the top. Cover and simmer over low to medium heat for about 40 minutes, or until the vegetables are tender (but not mushy!) and the liquid has reduced to the syrupy consistency.

This reply was deleted.
E-mail me when people leave their comments –
Follow

Alternative food for meat to vegetation.

Hi,I like to know about alternatives for meat use in vegetarians of different countries. 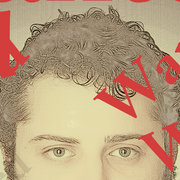 this is the how we do it