6
0
Please tell here about the latest anime, or cartoon, that you saw.The latest anime I saw, was a episode of Black lagoon Although I have seen it before, but today I felt like watching it little again. It's a great anime full of shooting guns, killing people, pirates, vulgar language and so on.Oh yeah it's age rating is mature(May contain sex, drugs, and extreme graphic violence) :PI liked those crazy killer kids, that will appear in second season.. I think they didn't had a part in first season.. They're so extremely psycho and crazy.I usually don't like this kind of things, but this Anime I really liked.Probably I liked it, because It's Black comedy. :)I don't like too pure horror and drama so much. ;)Well if it were shown it in horror manner, instead comedy. I sure wouldn't be able to watch it.. :D 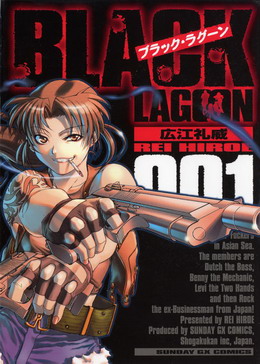 Picture I got from wikipedia

of 7 Next
This reply was deleted.