Why Do People Commit Suicide?

It's generally difficult to imagine what motivated a friend, family member to commit suicide. There may be no warning signs, and you may wonder what you might have missed. Often, there are many factors and reasons behind the scene leading to a decision to commit suicide.It is said that the most common one is that the person hassevere depression and drowning and choking it it. There is no way of unleashing and getting rid of those stressful emotions.To relieve that pain by talking to people is often not an option for them. They believe that the mere solution for the salvation is ending her/his own life:(

Commiting Suicide rates are pretty high in many countries no matter how their economic status are or whether they are developed , emerging or leas developed countries. When the pain knocks at the door, people unfortunately embrace it:( In accordance with World Health Organization, Close to 800 000 people die due to suicide every year, which is one person every 40 seconds. and suicide occurs throughout the lifespan and is the second leading cause of death among 15-29 year olds globally. It is damn difficult for me to imagine and contemplate that people often taking this into consideration and seeing this as a way of salvation are kids or teenagers at the spring of their lifetime:( Do you have any opinion for this situation?From my point of view, it is trully pity, pathetic and upsetting. 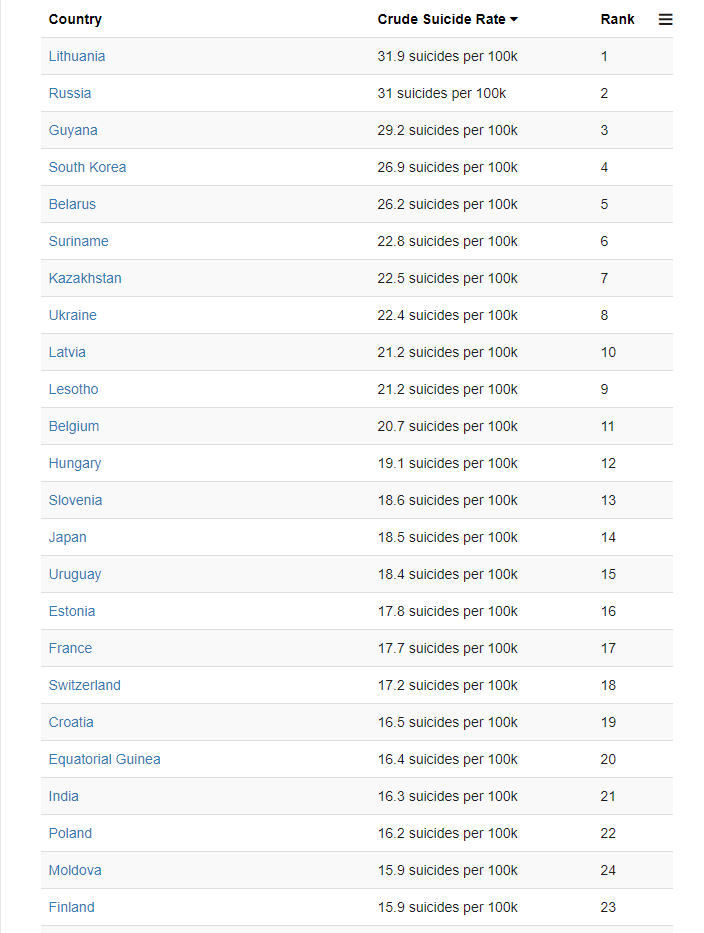 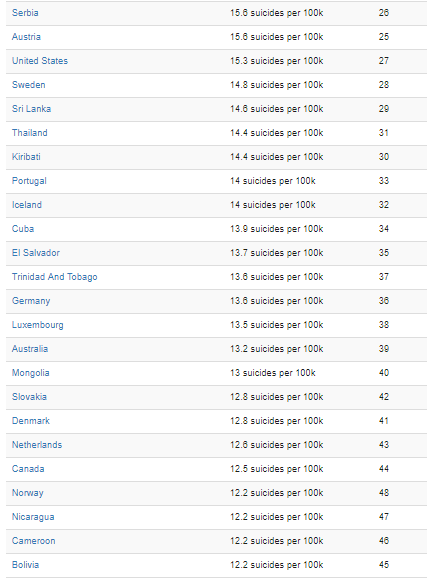 World Population Review website states in the research in 2019 that lithuania and Russia are the ones having high suicide rates. In addtion , you can see these rates in attached tables. The rate seems 7.3 in Turkey but it is still disturbing to see .

To cut this long story short, what made me write on such a topic is that i met up a friend on a social book platform and we always had some discussion on books. A couple of days ago, this friend told me that she was going to delete her account on social platforms, since she had more important things to do. And Pittifuly, I heard that she commited suicide and died:(:((:(seeing her name in the list of passaway published by the province municipality broke my heart into pieces and made me feel extremely angry...

I believe that you have seen such people commiting suicide ,so let me know why they do such a tacktless, inconsiderate, reckless and brutal act..