Memories play an important role in our life, which was lessons, feelings, accidents, etc in many fields as a sport, study, daily life.

Memories make you happy or sad when you remember it.

If you ask me, I will never forget a football match in high school. The best memory I will keep it my whole life which taught me never give up, the biggest opponent is yourself, you must better and better every day. Below is my story:

I was a defender in my high school's soccer team. That year, we had an important competition which included all of the football teams in my city.  My team took one year for preparation about tactics, physical strength, football skills. Every week, the friendly match with the other high schools is a chance for us to gain more and more experiences. At that time, The X-TEAM was the best which won 5-0, 6-0 in 2 times we against them at two friendly matches. We were aware of them!

When the competition began, we were excellent at reaching the semi-final match. The opponent in that match was the X-TEAM and the match was held at the main stadium in the city that was my dream as playing at the big stadium. Before the day of the match, we prepared carefully, we were quite nervous.

At 10:00 a.m, the game began under unbroken sunshine. I took the first step onto the field that the grass was so softy. The referee allows the game to begin. In the first 15 minutes, the X-TEAM side had that possession that is difficult in taking the ball from them. In the 18th minute after the opponent, the striker had the ball at the midfield and he ran to close to the penalty area and scored the first goal after shooting the ball on the corner of the net. We were depressed at that time. Then, the first half was over.

In the second half, our coach on the pitch always shouted:" Never give up, boys!", we believe in ourselves. the opponent began to underestimate us because all the two friendly matches they always won with big scores. I played as a defender on the left field and focused on against the attack of the X-TEAM strikers, I remembered exactly 10 times that I prevented their attempts to score in the second half. In the 70th minute, our striker scored the goal after heading the ball to the net. We seemed alive again, so the game was more exciting and the X-TEAM coach was so surprised about us, I could saw his worrying face. Unfortunately, in the 88th minute, after attempts of the X-TEAM, they had finally score to win the game in a similar way we had scored the second goal by heading the ball. Finally, the match is over that makes us so exhausted, we lose the game but we had won ourselves, weren't scared and we never gave up. The X-TEAM would respect us after this game.

That is my memory I never forget in my life, which taught many things so that I have experiences in my development.

What is your story?

Thanks for reading my blogs!

Have a nice day, my friends! 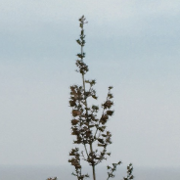