This blog have been written by my special friend (Ejaz) that had left me...:(

I hope he could come back and join with me and other friends here as soon.

Socrota Island is one of "The Lost Islands" (separated from the world six million years ago).

An island just off the horn of Africa and the coast of Yemen..
The Somali Pirates ply these waters. 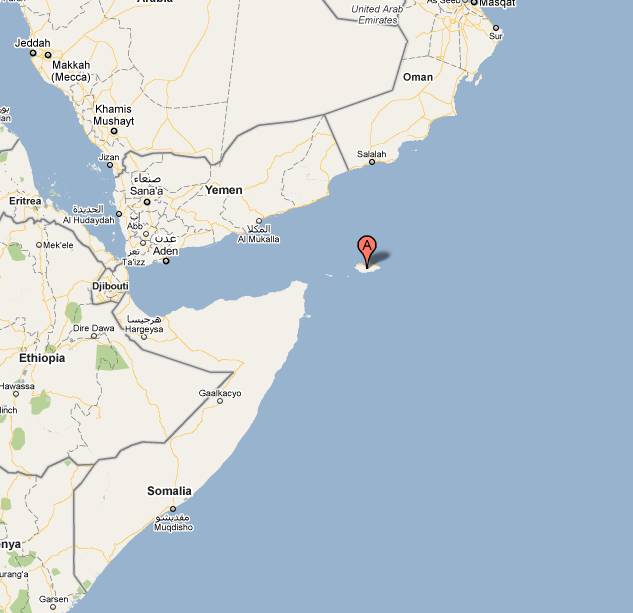 SOCOTRA ISLAND:  You have  to see it to believe it.  This island simply blows away any notion about what is considered "normal" for a landscape  on Earth. Imagine waking up one  day on Socotra Island and taking a good look around you.  After a yelp of disbelief, you'd be inclined to think you were transported to  another planet - or travelled to another era of Earth's evolution.  The second would be closer to the truth for this island, which is  part of a group of 4 islands,
has been geographically isolated from  mainland Africa for the last 6 or 7 million years.  Like the  Galapagos Islands, this island is teeming with 700 extremely rare  species of flora and fauna, a full 1/3 of which are endemic; that is, found nowhere else on Earth. 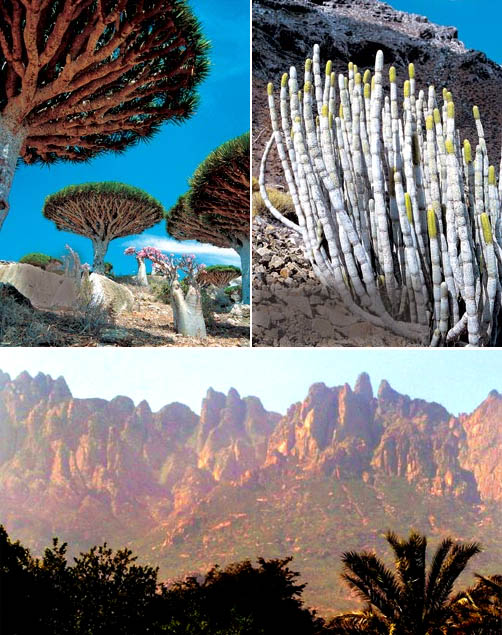 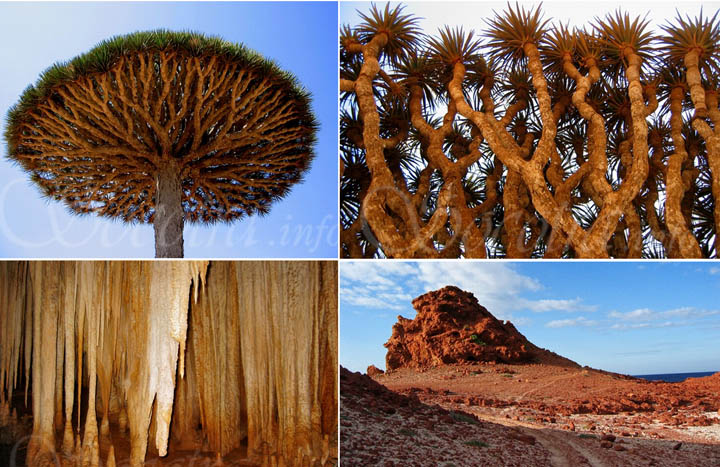 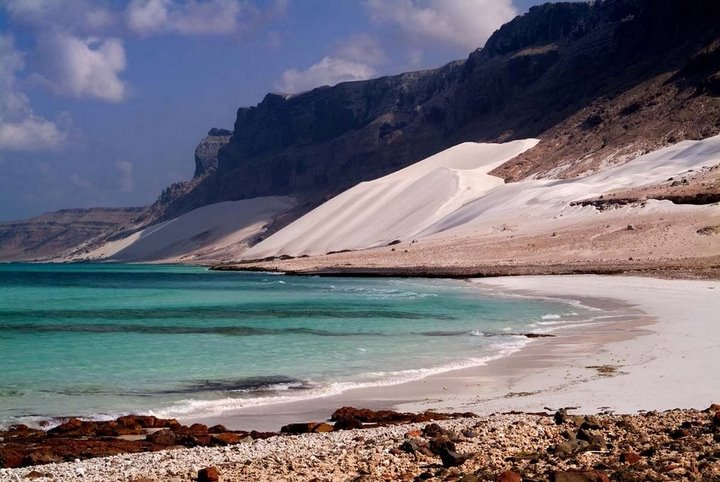 The name “Socotra” is derived from a Sanskrit name meaning  "The Island of Bliss".  Is it   the beaches?
The isolation  and quiet?  Or the strange and crazy botanical allure?  Alien-looking plants.  H. P. Lovecraft's    secret inspiration?   Was the famous Chtulhu myths creator aware of these  forbidding mountains with their     hauntingly weird flora?  (Think of plant mutations from his "The Colour out of Space")   We are almost tempted   to call Socotra the other "Mountains of Madness" - the trees and plants of this island were  preserved thru their   long geological isolation with some  varieties being 20 million years old.  We begin with the dracaena  cinnibaris or Dragon's Blood Tree, the source of valuable  resin for varnishes, dyes, and "cure-all" medicine;
also (predictably) used in medieval ritual magic and alchemy.

The branches spread  out into the sky and from below appear to hover over the landscape like so  many flying saucers.  And from above they have a distinct  mushroom look. There is also the Desert Rose (Adenium Obesium) which looks
like nothing so much as a blooming elephant leg.
There are still many pictures. I can't believe with that place. I think that place very Amazing, Amazing and Amazing! and Subkhanallah.....It makes me curious and wanna see it directly.

What do you think about it? Do you wanna to see it too? Or maybe anybody have ever visited it? Wow....Really Beautiful Place.

Thanks Ejaz have told me about Socrota Island. It makes me always happy....^.^