Snowflakes, Post-Millennials, Digital Natives, iGeneration: GenZers go by many names, some arguably more flattering than others.

‘Snowflake’ emerged as particularly offensive; it implied that everyone was equally special for all that everyone was unique – not because of any extraordinary aptitude or ability they might display but because that was the ethos of the times.

There was also quite a bit of grumbling over Snowflakes’ alleged sense of entitlement and lack of resilience.

Contrary to the GenX and Millennial generations, GenZ is not yet defined in terms of a particular date range. That’s because, for most of the world, establishing generational date ranges is a squishy subject.

For our purposes, it’s enough to say that the students in our classrooms today, even those working on their undergraduate degrees at university, are broadly considered GenZers.

What does that mean for us teachers?

Conventional wisdom (and multiple studies) has shown that knowing your students is the best way to reach them.  In light of that, we’re off to discover this generation and what they’re all about.

This demographic has never known the ‘disconnected’ world.  The Internet, established in 1991, proliferated rapidly; by the year that most mark as the ‘start’ of GenZ, 1995, just over a third of all American households had a computer with access online.

When the first GenZers were just eight years old, social media site MySpace exploded across the web.  Tailored to meet the expressive needs of tweens and teens, soon, anyone who didn’t have a page of their own found themselves at the bottom of the school’s social pecking order. By the time they were 13 – old enough to have a MySpace account of their own (without fudging their age), social media was surging while the world was poised on the brink of a global financial meltdown.

These two facets of growing up GenZ shaped this demographic as effectively as the post-war years shaped the Boomers.

The people of this generation see themselves as compassionate, open-minded, responsible and determined.  Rather oddly, they do not see their peers as having those same qualities, instead perceiving them as competitive and curious, spontaneous and adventurous.

While they are generally described as better educated than previous generations, GenZers suffer from substantial anxiety over being able to afford college or the trappings of a comfortable life. This fear no doubt rooted in the economic downturn of 2008.

Educators have substantial concerns over this demographic’s academic competencies.  Texting shorthand does not translate well into actual reading and writing; indeed, fine motor skills such as handwriting are suffering because of these students’ overwhelming preference for texting and typing – or worse: video messaging, which omits the need for any intellectual skill.

That’s not to say that all students are completely wrapped up in themselves; in fact, this generation is turning out to be far more altruistic than the previous one.

Still, there is a dramatic level of self-involvement, grown more so the smarter phones have gotten.

Data-driven studies are ringing warning bells about our youngest generation burrowing so deeply into their digital lives they will be impossible to reach and, moreover, may accept or reject any contact as they see fit.

How can we teach them if we can’t reach them?

Obviously, school budgets don’t have a lot of leeway for revamping classrooms into digital marvels and you certainly shouldn’t cover those expenses.

Still, you can strike a resounding note for traditional learning in this digital age.

The first, most important step to connecting with your students is to make yourself available online.

You don’t have to sacrifice your social media profiles; you could establish one exclusively for your students, maybe calling it your school’s name and your room number or some clever combination thereof.

Be sure to specify when you’ll be available online to answer questions or host discussions. That is a great way to build trust!

You might conduct formative assessments online, too, rather than in the classroom.

You can build on those results to personalize student learning. And then, post assignments online, according to students their indicated learning preferences while maintaining the expected academic progression. 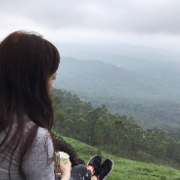