"Oh my God!! 9 am! I’m late!" said I. I’m missing the boat! I decided to visit the library this morning.. backward to my memory "Oh yeah! I didn't feel when I slept, the korean darama was so romantic!.. Oh come back to your sense girl! You have an hour in your hands! It’s Friday and the library will close early, you have to harry up!" I jumped from the bed and run to wash and wear my clothes, "No time for breakfast , let’s have a banana!".

I reached the library breathlessly, I immediately started searching.. Arabic, French and here we are in the English corner of books..What do we have? Novels, Tragedies.. Ah! Only old novels and Shakespearean books?! I feel like I’m 400 years old!!” I wonder if we have Algerian English writers? .. I don’t know, I think they just write in French, I explored again and again, and “What’s that? Sophia In The White City?! Belkacem Meghzouchene! ” I guess I was wrong, and then I looked inside the book "Wow! 2010! Now I’m 2 years old!! Just a little cute baby! I”ll take this!”I paid it and went to home.

After lunch, I checked the book summary "The story of the novel occurred, fictitiously, in Algiers (nicknamed The White City), the capital of Algeria. Ramice Taslent an editor of a trail-blazing scientific magazine, received in Algiers, during an International Bookfair, science German journalist Sophia Weize. She came along with her father Gerd Weize, who represented his Publishing House. Ramice and Sophia knew each other by internet, and then fell in love but something popped in unexpectedly.." mmm.. seems interesting! I would read more, and more.

Till now I got the 6th chapter, Sophia was welcomed warmly by Ramice in Houari Boumediene International Airport, and was brought to the Bayfront Hilton Hotel. He was her tourist guide, he talked a lot about Algiers and Algerian History, places, food, and even his own story, the good times and also the hard times he suffered from in the terrorism period.."My friend," she whispered in his left ear, then pillowed his indido-shirted shoulder, "life has plenty of colors, not only the red one you spoke of. Isn't Algiers called the White?"

Ramice’s good humor rekindled, he switched to History "A long time ago before the French Invasion of 1830, merchants drawing on Algiers from the sea could look up at the deflected white of houses and mosques of citadel’s slants. The Citadel, or Kasbah, was the old part of Algiers, some 400 feet above the sea level. Phoenicians had named it Ikosim, and Romans Ikosium. Ikosim means the “Island of Seagulls." I promise you to visit it all, Sophia. 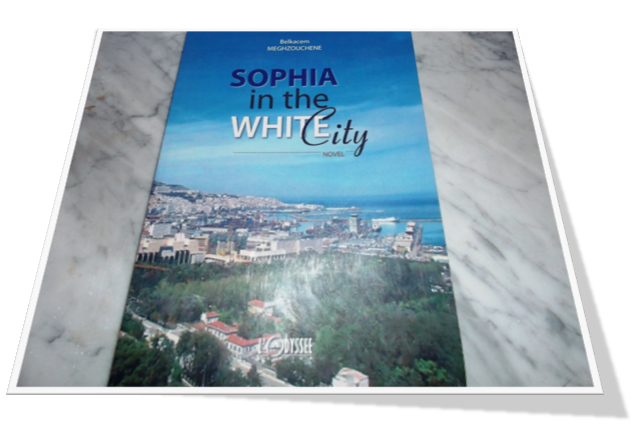