..........While I was browsing the Net earlier, I came across this gut-wrenching story about a young girl, Sahar Gul who was sold into marriage at a tender age of 12. The article tells us about the horrifying experience the defenceless girl went through in the hands of her in-laws! Besides being left to starve, to our utter shock, she was chained in a basement and beaten with red hot iron pipes. Guess what? The gruesome torture didn’t stop there! They pulled out all her fingernails when she refused to prostitute herself for them.

..........Read the rest of the story HERE! Some of you may not able to open the page as it is blocked by a few countries. If at all you managed to open it, please don’t forget to sign the petition. Avaaz – meaning “Voice”, is an online activist network that tries to collect 1,000,000 signatures to show that the world is against such barbaric act! I’ve done my part! What about you? 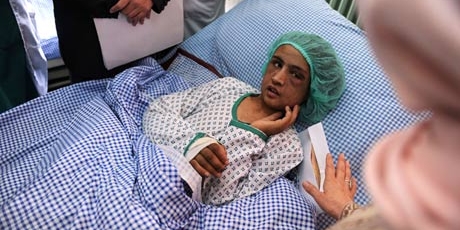 ..........For I cannot think that GOD Almighty ever made them [women] so delicate, so glorious creatures; and furnished them with such charms, so agreeable and so delightful to mankind; with souls capable of the same accomplishments with men: and all, to be only Stewards of our Houses, Cooks, and Slaves. ~ Daniel Defoe ~

Average Faces of Women from 40 Countries

They are no different for me as fellow human beings!

Only those with a heart of stone would hurt these women!

The making of 'One Woman'