People say that usually we forget 50% of the dream, we just had, right after waking up. And till the end of the day we forget 90-99% of that dream. But sometimes our dreams are so clear, realistic and unforgettable, that we remember them for many weeks months and even years.

This is one of those dreams, that I have had it one months ago.

WARNING, this story contains ugly, violent, dirty and just unpleasant scenes. So if you are eating right now or if your mental health is weak, then maybe it is not the best idea for you to read it!

One day I, my mom, my younger brother and my school-classmate, went to the market (bazar), to buy some meat. It doesn't matter, but (I have no idea why) we came to the market of some other city. That market was different from our market. Mostly because in our market we can't buy human legs, hands and other parts of body to cook them.

I barely didn't vomit after seeing all those bloody parts of human bodies. And with words, "What the hell?!?!?!?"  we rushed together towards the exit of the market. On the way back I noticed 2-3 guys with ugly, injured and wounded faces, by my side sight. And the alarming bells rang in my head.

"Something is going to start and that something is not a pool party!", I thought and pushed my mom, brother and classmate to move faster.

But it was too late. Suddenly those guys started to chase us and we heard from the loudspeakers, "CATCH THEM! THEY HAVE STOLEN SOME GOODS/PRODUCTS!!!!!", most likely that voice meant the parts of our OWN bodies.

But to my surprise, we all easily got out from the market. But it turned to be, that instead of my mom, younger brother and classmate, there were my old good friends. And it doesn't matter, that I was seeing them for the first time in my life. In my dream they all were my old friends :D And at that moment we have had spent a lot of time together.

So, after leaving the market, we entered to the forest. It was not a big and dense forest, so we were able to run fast. And even if we couldn't see any of those ugly guys chasing us anymore, still we had that unpleasant feeling of approaching of the troubles.

And like a thunder in the clear sky, six or seven F-16 destroyers appeared over our heads. But we noticed them not because of that loud sound, that they create by their turbines. We noticed them because of their fiery bullets, which cut/pass through the trees like if there were no trees at all!

Those fiery bullets had the speed near to the speed of light. And they were making the pleasant, artificial, electrical or even robotic sound, while cutting the trees. But those F-16 were not the usual models. Each of them had the propellers, as if they were helicopters and F-16 at the same time. One of my friends got injured in his shoulder, but we continued to run, because the end of the forest was already visible and we noticed some buildings there.

But suddenly another one of my friends stopped and completely covered his face by the T-shirt. And with words, "Hey, guys, I got a plan", carved his nickname on his forearm, using a knife!

Being shocked by his actions, we asked him, "What the hell are you doing?!". And he answered with a poker face, "We can die here. But with those nicknames on our forearms people will be able to identify us. Plus we get more chances to survive, because we will became a team (he meant a team like in a popular computer game "Counter-Strike")".

And like in movies, time around the main characters (me and my friends) dramatically slowed down.

And silent pause came. Yes, for the short period of time, while F-16 were flying over the forest, trying to kill us, we all were just staring at each other, trying to comprehend his high-tactical plan. I didn't get any of his brilliant and lifesaving ideas. But we all except myself did what he said.

We continued to run and reached to the end of the forest. And it doesn't matter, that none of my friends was able to see, because their heads were completely covered by the T-shirts. We reached to the external edge of the city. And I was the first one, who entered to the building.

My friends followed me and inside building it gradually turned to be, that they were my family (My father, my mother, my younger brother and my elder brother). We were waiting there for maybe half an hour. And while waiting, we were looking through the windows. It seemed to be, that F-16 gradually gave up trying to find and annihilate us, and flew away.

While waiting, I noticed, that walls of the building gradually were turning thinner and thinner. And after maybe 40-45 minutes of waiting, the walls became so thin, that it was possible for us, to look through them. And 15 minutes later I noticed, that except myself and my family, there were present some people of our city and one my classmate (not that previous classmate).

And finally we decided to go out of the building. But it was too early. One of F-16 was hidden on the roof of that building, so it showed up and started to shoot everyone!

I ran with my mom and brothers to the bombproof/shelter, that was situated deep under one of the buildings. It was dark, dirty and dusty inside, but we thought, it was safe.

We were wrong. That F-16 was able to fly through the winding and zigzag school corridors (Yes, it turned to be, that shelter was situated under the building of school!). But what was really interesting, that particular F-16 was insane. It wanted to kill us at any cost! If all the F-16 had eyes, the eyes of our F-16 definitely would be red!

So, we reached to the deadlock/impasse. No chances to survive left and F-16 showed up from the corner. I had the feeling, that he was laughing with that famous kind of laugh "HA-HA-HA-HA-HA-HA-HA!"

So we all survived. Our chaser F-16 was completely destroyed. And other F-16 were continuing to fly over the city and kill everyone with their fiery shoots. But it doesn't matter, because I woke up!

I have exaggerated some things a bit. But generally everything is exactly as I saw it in my dream. 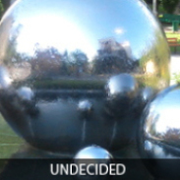