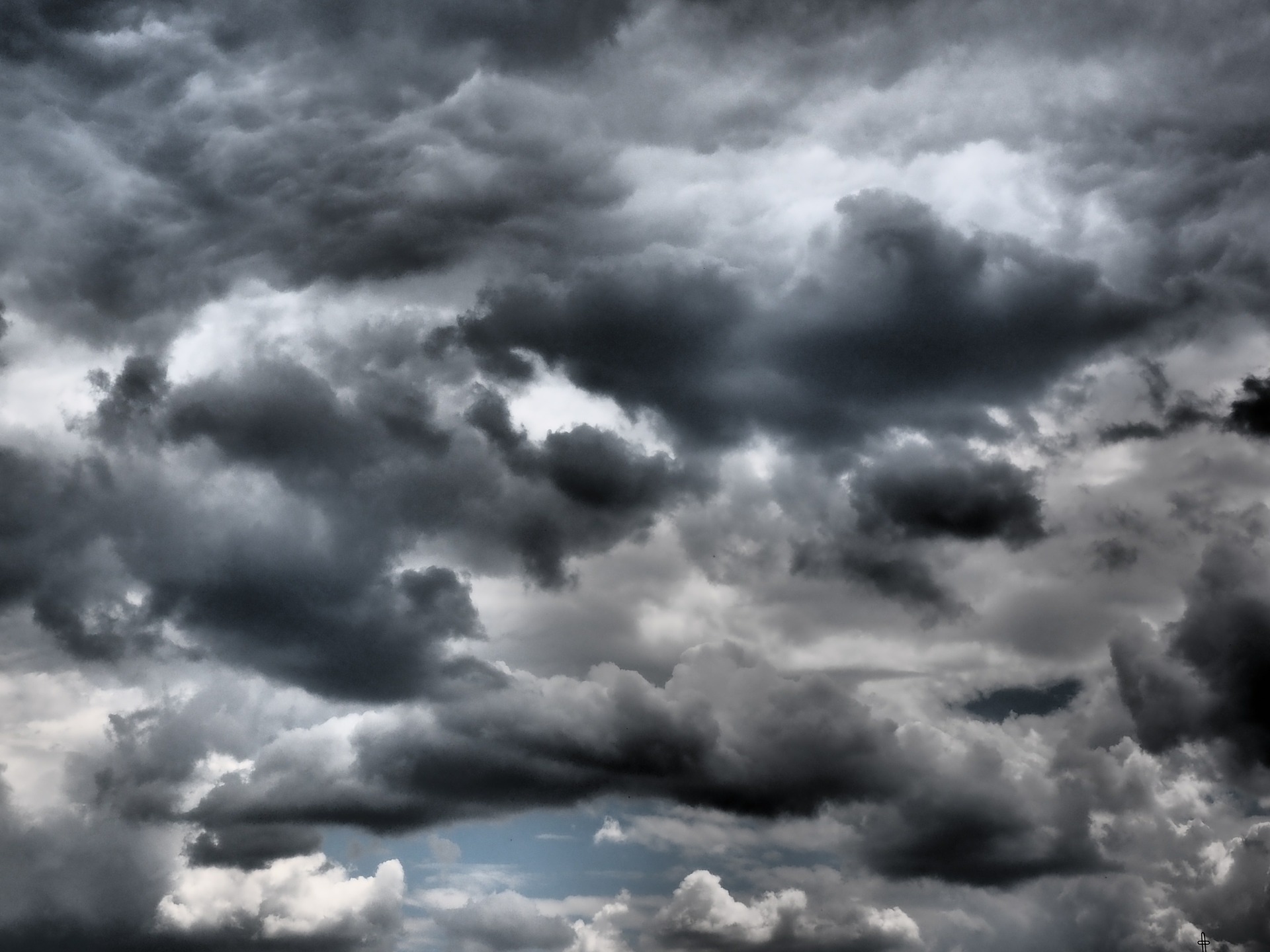 Hi, my dear learners, my true friends! Who else can give me such inspiration?! I should have posted this blog much earlier but you know, all my nightmares are the result of your mistakes. I just couldn’t think up the plot without your help. But I am ready to tell you a great story if you don’t mind reading my explanations. So, here is what I learned from you.

2. “There were crowds of the turkeys on the table.”  I think they were all alive and were dancing on the table! Why not to say “there were many roasted turkeys”?

4. “I don’t want to make my favorite teacher mood off.” My dear learners, TO MAKE OFF means to leave hurriedly, especially in order to avoid duty or punishment, to escape. We speak so about people. On the other hand, someone or something can spoil our good mood. Our good mood can change, disappear, vanish.  So, the author should have said something like this: “ I don’t want to spoil my teacher’s mood.”

5. “He is sleeping on the coach (said about me).” My dear ladies, WHY? Why do you try to change my traditional orientation again? LOL! My coach is a nice 30 year old man but I have no desire to sleep with him in one bed! I LOVE WOMEN although one of them tells me to sleep on the couch from time to time and I always buy myself very comfortable couches just in case! Hahaha!

6. “Women need their hubbies to throw fry pans on their heads.” It is a very interesting interpretation of men-and-women relationship! However, let me ask the author whose heads are expected to be broken? This sentence lets me think what I like.  Of course, being a lady, the author meant our heads but it is not clear at all. To make things clear, I would say, “Any woman sometimes needs to hit someone’s head with a frying pan and she prefers it to be her hubby’s to avoid a court examination.” LOL!

7.  “Please, excuse a stupid unconscious woman.” Sure, my dear! I can’t see unconscious women! I immediately try to help them come to! But I’d like to know what has happened with that poor lady. Did she faint because she had realized her stupidness? Did she write her letters without knowing what she was doing? Does she need a shrink? So, it is me who needs explanations! Hahaha!

And now, here is my new nightmare story. Enjoy!

I woke up and felt a horrible headache. I realized I had slept about four hours and was suffering from a hangover after the Halloween party. By the force of habit, I turned on my left side trying to find a can of beer and a cigarette on my bedside table but there was none!

“What’s the hell?” I thought. “Do I have to get up to bring myself beer from the fridge? Where is my wife?” I habitually looked at the right but…instead of my wife there lay my drunk coach from the gym!

“Well,” I thought, “The party turned out well! This monster must have had all the beer my wife had left for me not to suffer!”

My good mood started vanishing.  However, I could not agree: the party had to go on!  I started chasing my good mood but it turned out not to be easy to do!

First, I asked my dog to find and bring my sleepers but she rushed away howling followed by all my cats and a parrot.

“Never mind!”  I thought. “It is Florida, it is always hot here.” But when I put my bare feet on the floor, I realized it was not Florida at all. The floor was icily cold! Anyway, I needed some beer and I made my way to the kitchen. When I managed to get there and opened the fridge, I could hardly believe my own eyes: the fridge was empty and clean! There was NOTHING inside and I thought my wife had left me all alone to suffer again.

But I was already in chase of my good mood and nothing could stop me, even my empty fridge! I opened the front door and rushed out looking for some new adventure. If it was Florida, it looked really strange.  The day was just breaking although there were already many people walking the streets speaking some strange language I turned out to understand. Yellow-red leaves were falling down covering the sidewalks with a wonderful , soft, rustling carpet giving off unforgettable smell of fall.

“What wind brought me here? Where am I?” I thought but headed to the nearest store hoping to get at least a few cans of beer without waiting in a line. I thought there would be no buyers and enough drinks for a thirsty man at such an early hour but … not that morning! Hardly had I neared the store when I saw a crowd of thirsty people fighting for what had remained! I made my way through the crowd, grabbed the last can of beer and ran away realizing the possibility of holdup. It was not Florida for sure!

I stopped somewhere in the park away from the store and started sipping my beer feeling better and better with each next shot.  But feeling of thirst was suddenly replaced by feeling of hunger. I recalled not eating for long and decided to go here and there begging for food as my wallet had been stolen during my fight for the last can of beer. I have to admit eating only caviar and smoked salmon on hangover. But the situation was going to become critical and I decided I would eat at least a sandwich with ham, cheese and a pickle for a change.  So, I started knocking on the doors but there was no reaction. Either everybody slept or had left, I thought. But all of a sudden, the door opened and I saw a strange woman looking at me silently and very suspiciously. When she seemed to be satisfied with her observations, she said,

“Look at yourself! You are walking barefooted late fall. You are having on a scaring, torn, old sweatshirt. You are reeking of alcohol. You are knocking on the doors begging for food! Are you OK, guy? You have scared all the people in the neighborhood!”

“Dear lady, ” I replied, “It is Halloween. People must scare each other.” The expression of her face made me think she had no idea about that holiday but she replied,

“Well, you look so exhausted and frozen! You must be homeless and hungry. Come in and get warm. I will make you a sandwich with ham, cheese and pickles.”

“Oh, man!” I thought, “How come I became homeless unemployed beggar without a penny in my pockets during one night?! What has happened to my well-organized life?! And how come she knows I want a pickle?!” But I felt warmth and smell of food coming from behind the door and I entered her house. She showed me into the kitchen but when I looked around… I saw the crowds of turkeys performing courtship display on her kitchen table although it was not Thanksgiving Day! I saw a vat with some gurgling steaming potion giving off sickening stench!

“She is a witch, too!” I thought. “Living with one of them is quite enough for me! I don’t want to be warmed, fed and poisoned by another!”

And I ran away as fast as I could! But I was starving and had to eat something. As my new sweatshirt was already torn and worn out, I decided to eat it up. At least, cotton is an organic matter. I bit off a small piece and it turned out to be so sweet! I thought I would never buy candies any longer. I would work in the gym and eat my sweatshirts for dessert!

Finally, I was able to get home hoping to see my wife with her arms open but… I saw her lying on the floor unconscious. A note on the table said:

“Darling, if you really love me, I ask you to hit your head with a hot frying pan as hard as you can. I’d like you to land right by my side so that we could spend at least some time together.”

“Why not to buy an air ticket to Washington DC where it is still warm and where English speaking  people are aware of Halloween tricks and Thanksgiving turkeys.”

But I immediately recalled travelling by Air Ukraine on a plane full of native Ukrainians trying to speak English and realized my nightmares are not going to end if I even leave this sinful earth!