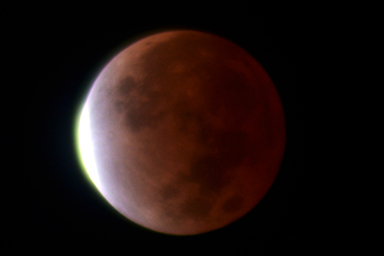 A once in a lifetime event - a 97% Lunar Eclipse that took almost 4 hours from begiining to end.  Scientist say it last happened over 600 years ago and won't happen again for another 600 years so unless you eat a lot of longevity noodles, you had 1 chance to see it.

"On the morning of Friday, November 19, the full Beaver Moon will take place in a 97%-total lunar eclipse, according to NASA, meaning that nearly all of the moon’s surface will be shrouded in the Earth’s shadow. November 2021’s eclipse will be about three and a half hours long, stretching from 2:18 to 5:47 a.m. EST. The Beaver Moon eclipse will peak at 4:02 a.m. EST, NASA reports, and will be visible across North America."  From local news report.

However the elcipse did not appear to follow the schedule.  At 1:07 am I took my first photo with my plan being to take one every 5 minutes from the start to the finish (plus a few in between along the way).  I used my Nikon D800 camera and the longest lens I have - a 400mm from Tokina.  Maybe one day I can buy a 600MM lens.

Anyway as the night began, 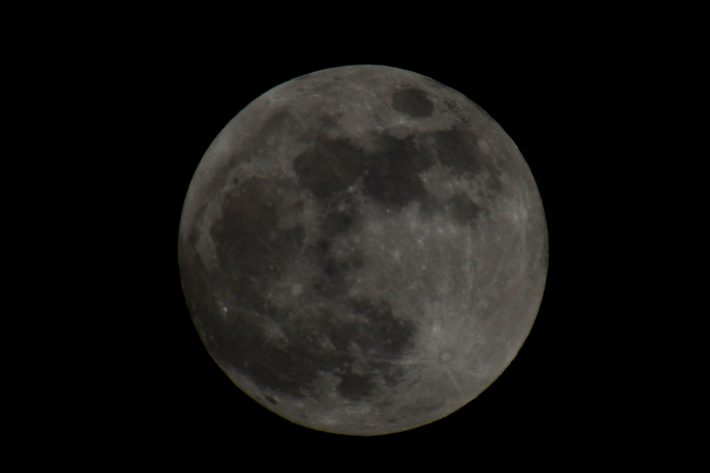 this was the full moon at about 7:45 pmon Thursday, November 18.  I wanted a reference shot.

At 1:07 am on November 19, 5 minutes before the eclipse was supposed to start, I took this photo: it appears the eclipse jumped the gun and got the ball rolling early. not a lot of difference but it confirms the eclipse seems to have started before the 1:18 am forecasted time.

and at 3:02 am which was supposed to be the peak (and it appeared to be correct) this is how the moon looked through my camera 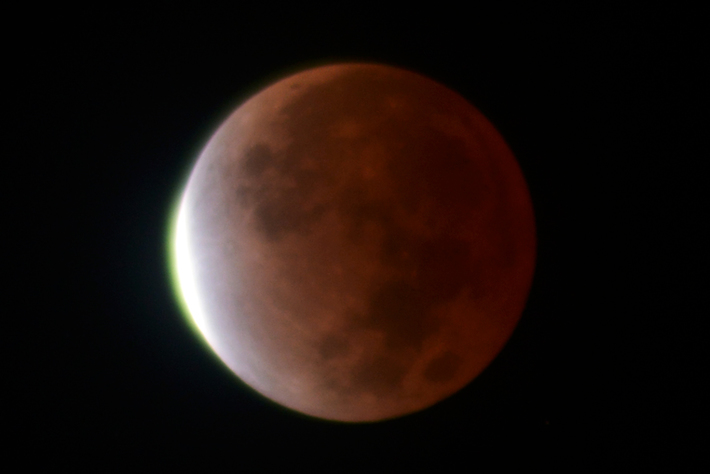 a "blood" moon eclipsed at 97%.  It almost looks like an eyeball doesn't it?

From there the eclipse followed a reverse process as less and less of the moon was covered by the Earth's shadow.  I have all stages photographed but haven't edited any except one at 4:13 am: At the forecasted end time of 4:47 am - 3 and a half hours after it was supposed to have begun - this was the moon: To my eyes, it appears the moon still has some of Earth's shadow.  I continued to take photos until 5 am central time.

So there is the longest lunar eclipse in a photo nutshell.

Was any of it visible where you live?