Cricket is a bat-and-ball game having eleven players of both sides. One is bating side and other is blowling. They rotate their inings / turn. The battiing side, after seting scores on board, gives chance to the bowling side to bat and restruct them from chasing the scores.  They toss a coin in the air and whoever wins the toss  chooses to bat first or bowl in view of condition of pitch and atmosphere.  I played hockey and football too, but I found cricket more  stylish game in which each player has to play his roll individually whereas in hockey and football, the players wait for the ball passed by other player or they keep running in the ground for nothing ;)

The cricket is being played in many countries of the world. But the countries which participate in world cups are England, Australia, West Indies, South Africa, New Zealand, Sri Lanka, India, Bangladesh, Afghanistan, and Pakistan.  The World Cup 2019 is going to start from 30th May, 2019 in England.

The basic equipment required of a batsman for his safety. 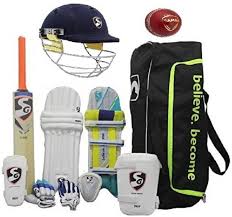 When a batsman hits the ball, it goes to the boundry. To whichever direction ball goes has its names normally called batsman's shot or field names. If you are fimiliar to the field names, you need not to stick television tightly to watch the match, you may enjoy listening to commentary on radio.

Field names are briefly illustrated by the help of diagrame.

Whereas there are more than thirty three (33) field names. If you are a professional cricketer, you must know their names or you have to face much embarrassements  in the ground. When I was under 14 and playing with the players played in domestic cricket, I was told field names and asked to go there. At that time I was bit ignorant of many field names, so I was confused where to go. but later I learned all field names and enjoyed playing as dominant player. 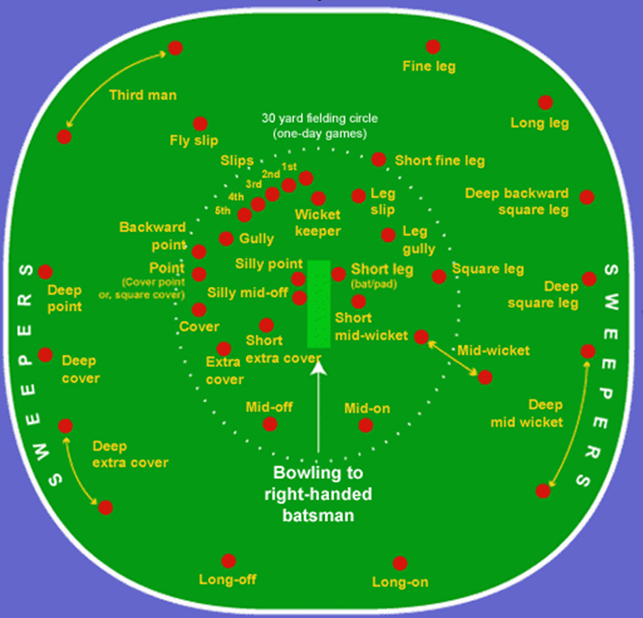 I will post next blog sharing my experience of cricket. Thank for reading!