This morning while going through my e-mail inbox I came across an interesting article in Quora written by Thomas Delvin - Content Producer at Babbel. I found it interesting enough to share it with you, members of myEC.

Can you reveal an amazing etymology finding?

Let’s talk turkey. By which I mean, maybe my favorite etymology is of the word turkey. I love it because it shows that sometimes an etymology can be completely divorced from reality.

So to start, there are two things referred to as “Turkey”: 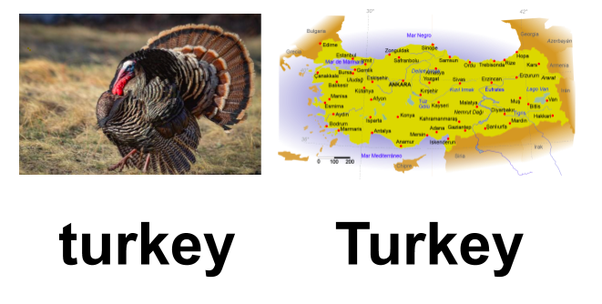 For a while, I thought it was just a weird coincidence that the animal and the country were called the same thing, but it turns out that they’re kind of connected, but only by accident.

Let’s start with the country, because that’s where the name Turkey first came from. It comes from the Turks, which is the name of the people who historically lived on the land (and continues to be the name of the people who live there). The word “Turk” itself can be traced back at least as far as the 6th century CE, but it likely goes back even further than that. We don’t know exactly why that word was chosen, but it may have started, like many other words for a group of people, as the generic word that the Turks used for “humans.” Often, the word for “humans” that a group used would suddenly become the label of their clan/nation/etc. once they encounter other humans. The word Turk survived the centuries and became the official name of the country (technically Türkiye Cumhuriyeti in Turkish) on October 29, 1923.

Ok, so on to the bird. The first animal ever called a “turkey” looked like this: 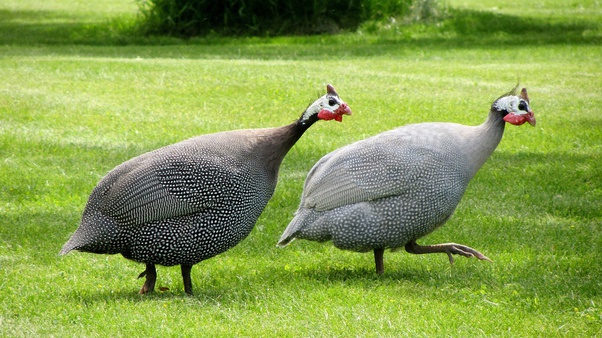 If you have a sharp eye, you’ll see that these are not turkeys. In fact, they’re guinea fowl, currently named so because they can be found in the country of Guinea. But in the 16th century, when they were being imported to Europe, they were being taken from Madagascar and sent through Turkey on the course to the European markets. Even though this creature does not at all come from Turkey, the name turkey cock or turkey hen stuck to them.

On the other side of the world, there was a completely different bird that the Aztecs had domesticated. The Spanish conquistadors invading Europe in the 16th century saw these birds and brought them back home. These, too, ended up being called turkeys. Why? One theory is that they kind of look like they could be related, even though the two birds are separated by thousands if not millions of years of evolution. Another theory is that Spain exported the birds to the rest of Europe through North Africa which was, at that time, part of the Ottoman Empire. Or, you know, the Turks. More evidence for this theory is that the corn brought from the “New World” by the Spanish ended up being called “turkey corn” for a time. Of course, turkey corn was eventually changed to be called Indian corn, which brings us into a whole new realm of things being misnamed.

To add one more layer of confusion to the names of turkeys, the Turks themselves call the New World birds hindi, which literally mean “Indian.” This was because, as you may already know, there was still a misconception that the land Columbus found and the Europeans invaded was India. Fortunately, the Hindi word for “turkey” is just टर्की, which is pronounced pretty similarly to “turkey,” so the loop closes there.

As mentioned, I love this example because it shows how off-course words can be. There are countless examples of names built on misconceptions, but there’s something very funny to me about the fact that the meal we eat each Thanksgiving is so-named because people thought it was related to a bird that got its name from the country it was exported through.

I hope that I did not disappoint you by posting this article here.