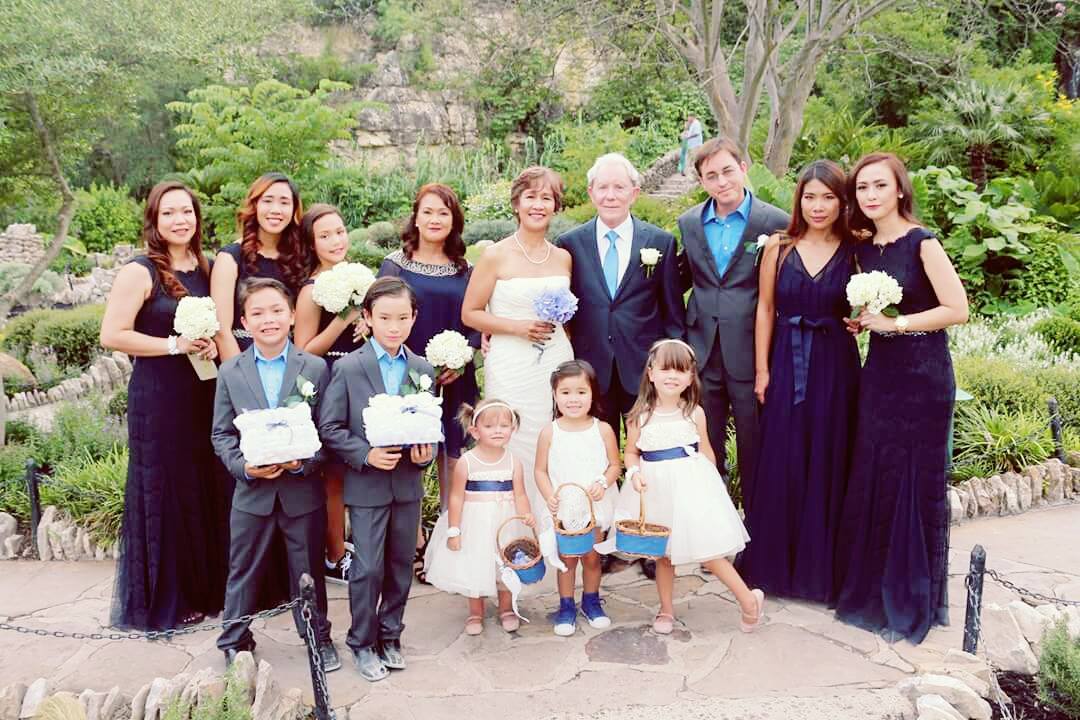 It's been a while since you heard from me.  Many good things happened and some bad.  But I decided to drop by to share the most special event that took place in my life recently...

Finally, I married my mom off! Not just to anybody but to the man she truly loves. It was a beautiful wedding attended by our closest friends and relatives. It was the day I've been waiting for - to see her in her happiest moment. All her life she's been working hard and caring for other people's welfare and happiness. It's about time she put herself first before everyone else and give herself the happiness that she long deserved. I'm so glad that she's found the man to make and share precious memories with. The man that will laugh with her when she's happy.  The man that will pat her tears to dry when she cries. At long last, she won't have to put the whole world on her shoulder and carry the weight alone. Now, she is loving.  And more importantly, she is being loved back.

It all started when Don and Lou (my mom) first met in 2012 at a seniors' ball. After the dance, Don asked Lou if he could give her a ride home. Lou politely refused. But it didn't end there. The good news was, the ball happens weekly on Tuesday nights, so Don got another chance the next week to ask Lou if he could give her a ride home after the dance. But the bad news was, again she turned him down. Don was not the type of man to easily give up so the following week, he asked her again. On the other hand, Lou was not the type of woman to easily give in...so again she refused. After many more attempts of offering her a ride, she rejected again and again. After a while, Lou stopped coming to the dance. They never saw each other again until in December of 2015, they met once more on the same dance floor. And what do you think Don did right after the dance? That's right! He again offered Lou a ride home. And what do you think Lou replied? You think she finally accepted this poor man's offer? Nope! She again told him, "No, thank you!" Some men just never learn! I mean, he could have invited her for a dinner instead, and maybe she would have said yes. But who knows? Anyways, few weeks passed and they met again at the dance. This time, Don did not get to offer Lou a ride home. But instead, Lou came up to Don and asked shyly..."Would you give me a ride home?" Ooohh yeah...and there was Don's Forrest Gump moment!!!

Since then, they were inseparable that they'd meet each other everyday. In such a short time, they've been to different places together as far as visiting Lou's relatives and friends in the Philippines. They've done so many things together like skydiving, rocky mountain climbing, bungee jumping, bull riding...well, in their dreams! But the point is...everyday for them was always special. So after about four months of dating Lou and after 48 years of being single, Don finally proposed to the woman of his dreams. Not sure what took him so long! But this time, he was lucky enough to get a YES!

Thank you for taking the time to read my letter, folks.  I hope everyone is healthy and sound.  I'll try to come to EC more often to have a good chat with y'all.  I miss you guys, really!