SUNDAY. Day of the Sun, the first day of the week. Its English and German name are derived from Latin: "Sun's day", the name of a pagan Roman holiday. (The Sun has been always a very important deity for pagan cultures)

MONDAY. Day of the Moon, derived from "the moon's day". For the Anglo-Saxons it was a sacred day to the female deity of the moon.

TUESDAY. Tyr's day. Named for the Norse god of war, Tiu or Tyr, the son of Odin, or Woden. Romans honored their god of war, Mars, by naming the third day for him.

WEDNESDAY. Woden's day, named to honor Odin, or Woden, chief deity in ancient Norse culture. The Romans honored their deity Mercury by naming the fourth day for him.

THURSDAY. Thor's day. Named for Thor who in Norse ancient culture is the deity of thunder, eldest son of Odin, ruler of the gods and Jord, the earth female deity.

Interesting, right? Isn't great to know that all of us are paying tribute and honoring pagan Gods every day? I love that! XD

P.S. Other day I'll write about the pagan names for the Months of the Year. 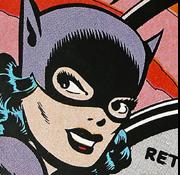