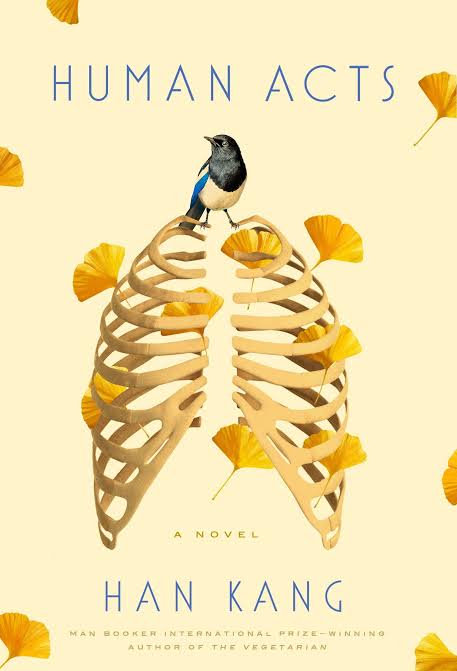 Human Acts was a book recommended by a friend of mine a couple of weeks along with another book for our October Challenge. Unfortunely this book was not selected as our first priority there. As a person who loved the author's previous book, The Vegeterian, This book gave me some goosebumps and  i asked to friends to join my adventure and enjoy to read it along with me. I was expecting more members to read it along with us but somehow we as two people  (NotAClue) started to read it and I have recently read it all. The book was as a different genre ,because I was expecting something similar to her previous book but this one was totally a different one. While reading this book, i traced /dated back to 1960s and 1970s in Turkey. The book was as to Gwangju Uprising in 1980 which was alternatively called as the May 18 Democratic Uprising by UNESCO. During this uprising, it is written that more than 4000 people were got harmed, more than 150 people were killed brutally and cruelly and more than 70 people were dissappered.As i said above, Turkey unfortunately has a couple of military coup attempts in 1960s, 1970s and 80s, and many people were killed, died and harmed and even some were executed. From this perspective, it was a similar scenario. If you would like to read a novel depicting and describing how the gov'ts carries out such thing, i highly recommend you to read "Seeing" book writen by Portugal Author Jose Saramago.

The book is consisted of the stories of eyewitness of this uprising. And all of them were very touching. You will feel their pains while reading it.The book was translated into Turkish as "çoçuk geliyor which means baby is coming to born". Seeing totally different name for different language made me curious about why such a name was used and i dropped by those significant remarks written by the author in the last chapters of the book for an illegal raid taken place in South Korea in 2009 and 9 people died. " "Gwangju had become anathor name for whatever is forcibly isolated, beaten down and brutalized, for all that has been mutilated beyond repair .The radioactive spread is ongoing.Gwangju had been REBORN only to be butchered again in an endless cycle.It was razed to the ground and raised up a new in a bloodied REBIRTH"

It is a book worth of reading but dont expect to read a lively and funny one.